Hi Everyone, keeping up with the Christmas in July theme, it's doing me good, at least I have started making the dreaded Christmas cards. I decided to do a wobble card. I don't use these colouring book images enough, they are fun and easy LOL.

I also thought I would show you a bird doing what to me is a strange thing?

On to my card.

image - Elizabeth Dulemba colouring pages
coloured in PS CS6, for some reason the yellow is orange and the orange is red in the photo, maybe because it was very heavy cloud when taken?
sentiment - Create with TLC
tree background - Marisa Lerin Pixelscrapper
wobbly eyes - stash
Action Wobble for movement #julyawc
wire glued to star and back of tree to hold star. 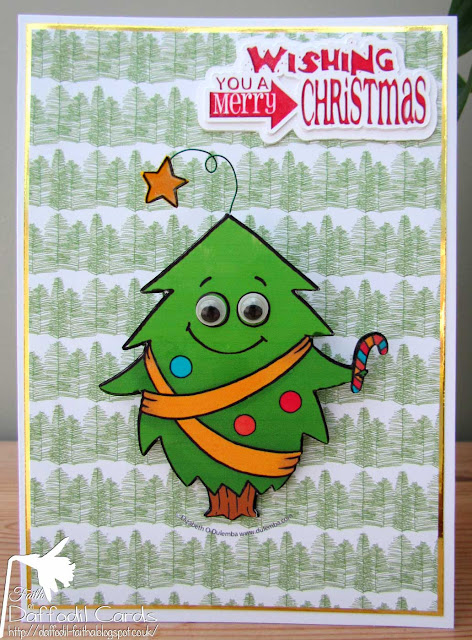 Now for the bird a pigeon!
The photos were taken from inside the conservatory, he settled down on top of the box hedge making himself very comfortable and stayed for about half an hour, I've never seen this happen before, they usually stay for a feed and jump at the slightest noise, but nothing seemed to startle him. Then he just flew away. I thought he may be injured at first, but there was no problem with his flying. Maybe it was a female practising nesting? 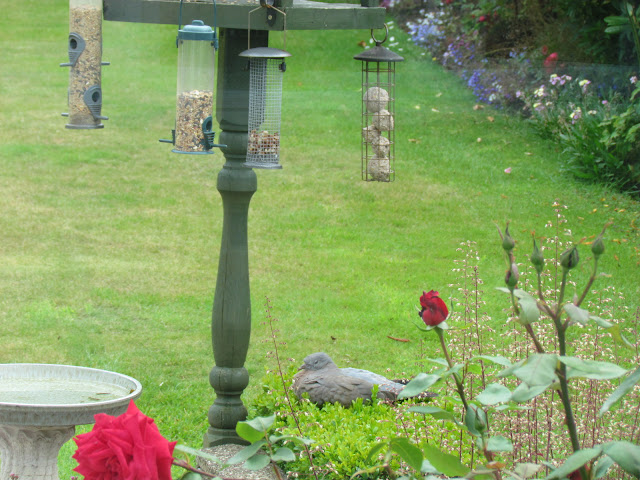 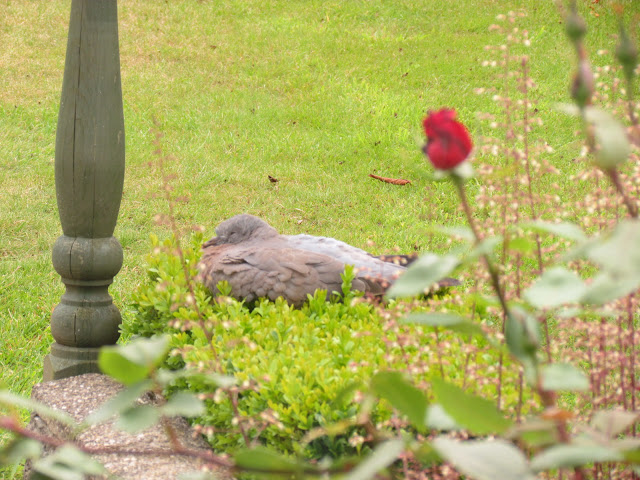 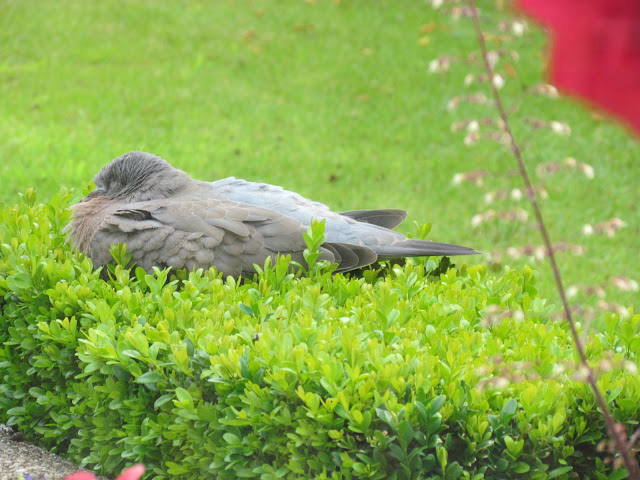 A fun card Faith, a super image.
Great photographs, it is unusual for a pigeon to sit like that!
Pauline - Crafting with Cotnob
x

What an adorable little card. Love the action wobble! As for the pigeon - that's so strange!

What a cute and fun wobbler of a card! Love all those cute trees in the background too! Great pics of that well nestled in bird!

Fun card Faith, as for the pigeon perhaps it was just enjoying a long rest in the nice weather !!

What a fun wobble card and so creative...love it x Now that's one content pigeon x

Super cute card, Faith! He makes me smile! Although it is strange to call a Christmas tree "he"! lol That's a great backyard visitor! I haven't had one of those yet! :o)

First, your card is as cute as can be. I love the wobbler and that is so cool that you video taped the action.
As for the pigeon, I think maybe she just stopped to smell the roses! Sorry about that..............I couldn't resist!
Hugs!
Darcy

Such a fun wobble Christmas card. The darling tree is perfect for this.
Beautiful pictures from your garden too.

What a fun Christmas card!

Faith that is a wonderful wobble Christmas card. Great TLC sentiment. That pigeon looks huge. Obviously he was comfortable.
I received a beautiful birthday card from you today - thanks so much my dear friend. It means a lot.