Flowers! and a moan

Hi Everyone a few piccies today, hope you won't get bored! I've been lacking mojo, at least that isn't quite right, I have so many ideas I can't start on one, because, as soon as I think of one, another pops into my head making it impossible to start. and the last one has gone and the second is going with a third coming in. I sound a little mad, but there you knew that didn't you?

In the meantime here's some piccies of the garden this week. 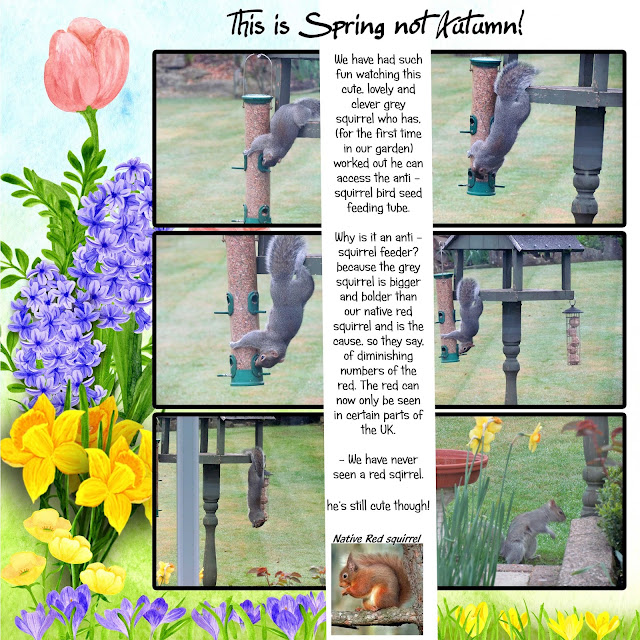 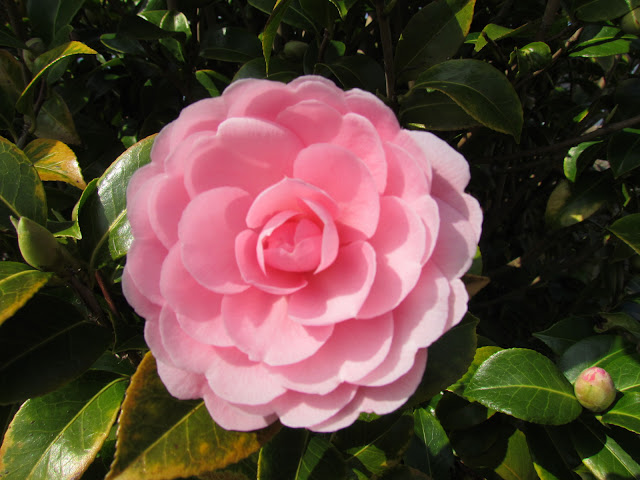 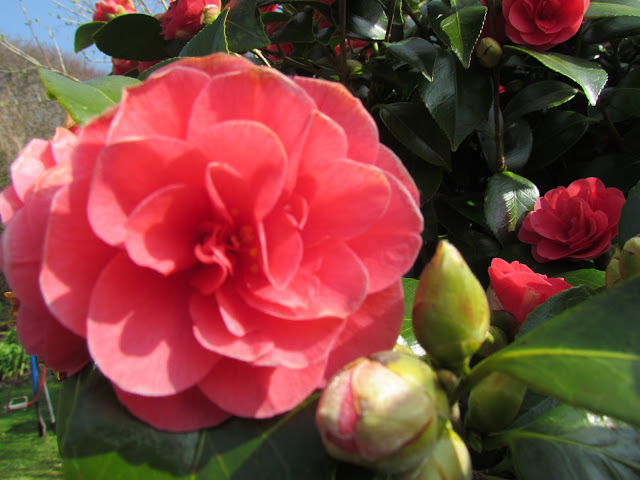 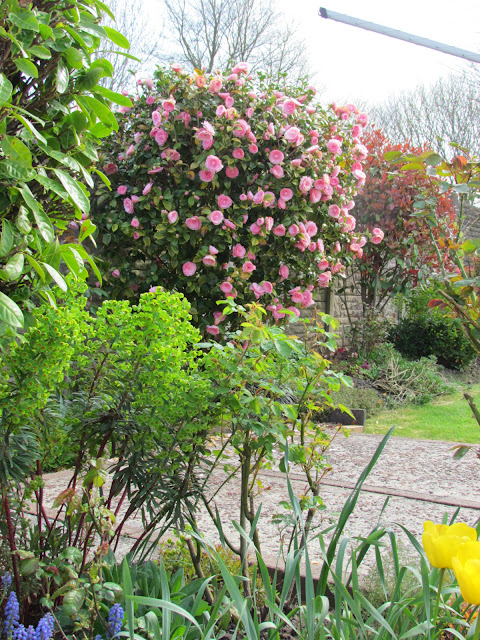 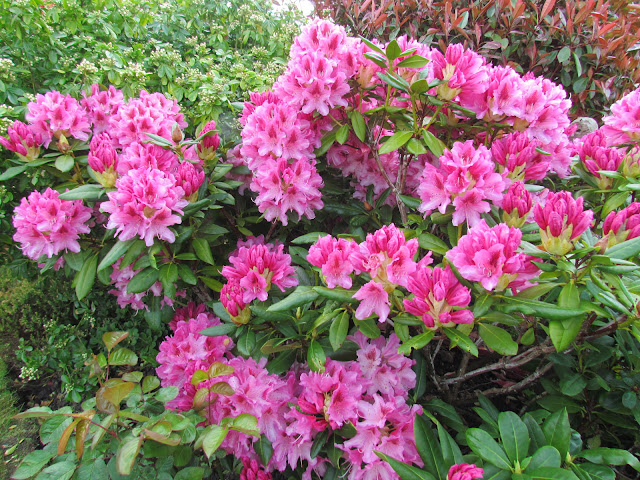 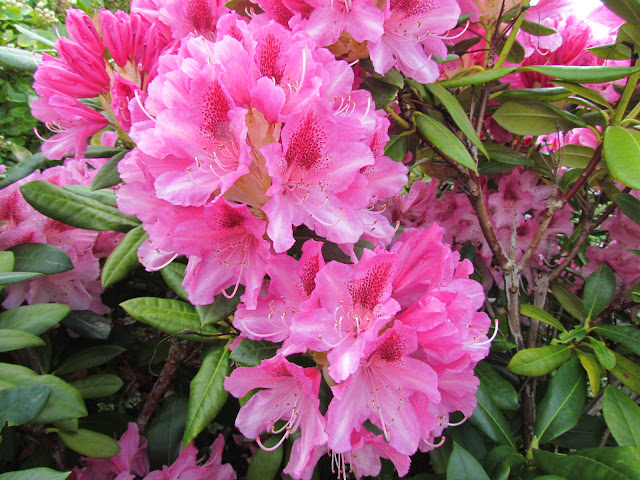 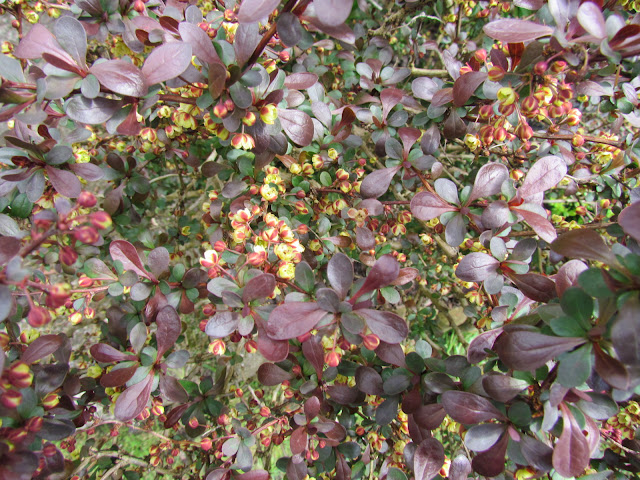 our Acer palmatum tree has flowers in Spring? They are so tiny. 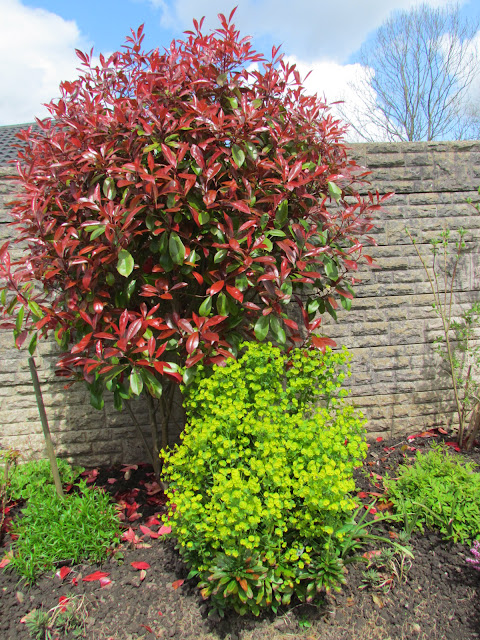 a little Azealia, it's about 8 - 10 inches tall,
but the flowers are about 3 inches across 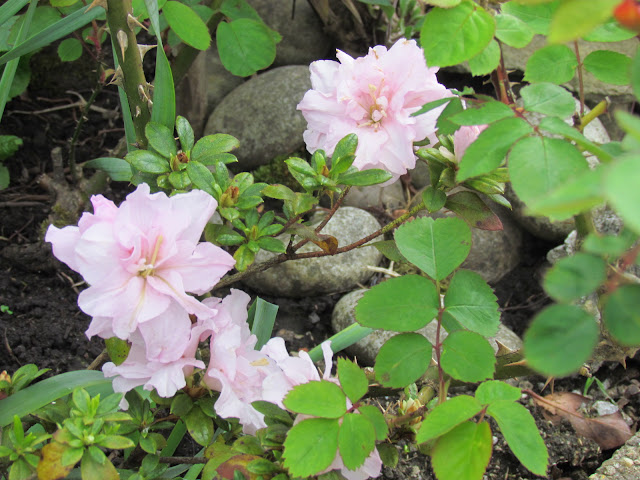 greenhouse with a selection of plants mostly for the front garden this year, hubby wanted to slow down a little. Although - he has added a packet or two of seeds in the additional little greenhouse he has. It's been so cold that the Antirrhinum on the top left are later going out that should be. 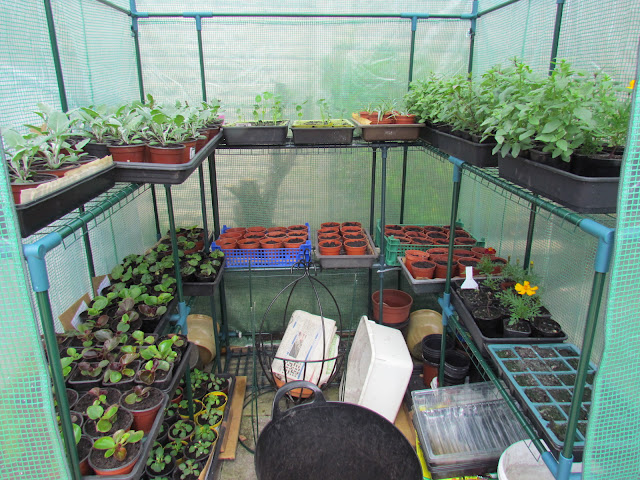 It's at the back of our garden and filthy people throw the dog poo bags into it instead of taking it home. Hubby has taken it upon himself to remove it and dispose of it properly. 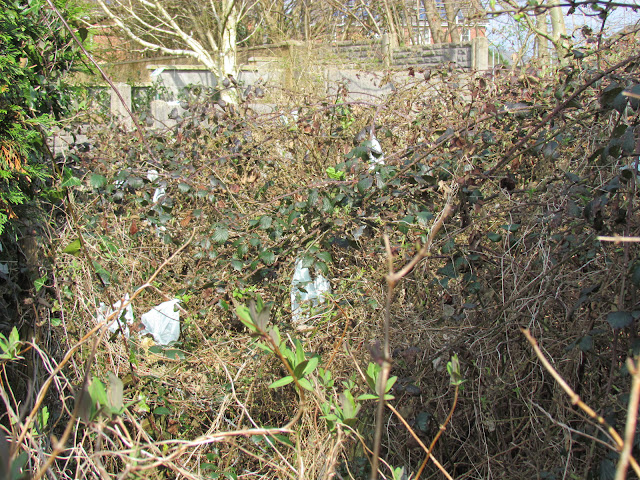 Wow such beautiful photos thanks for sharing!!!

A super layout Faith and fabulous photographs, your garden is beautiful - some people are disgusting aren't they!
Pauline - Crafting with Cotnob
x

Such beautiful [pictures of your garden, Faith. I see some serious gardening with yourhot house! And the pictures of the squirrel are so fun and you made it into a beautiful page!
And about the ideas that pop into your head and not making anything, i do so understand what you mean. Have a lovely Sunday!

Beautiful photos from your garden, Faith. Oh I love this naughty squirrel! Kisses, my friend.

Fabulous photos Faith, your garden is beautiful, shame about the unwanted ‘gifts’, some people are so inconsiderate. Hope you get your mojo sorted soon xx

Great page layout and love the pics-not so anti squirrel though lol-beautiful shrubs -been so cold here too everything is late -should stand behind the hedge and throw the bags back-no excuse for it!!!
Carol x

How RUDE people can be! Had to get that out before I oohed and ahhed over your glorious blooms. What a fabulous garden! Your squirrel made me giggle and I totally get the being so overloaded with ideas that nothing gets done. I"m getting worse and worse with that. xxD

I'm in heaven looking at all your gorgeous photos, Faith! The squirrel and his antics are fabulous. It's amazing how intelligent those little critters are! And they are much less annoying than some humans in this world. :(