I have 2 DT cards today this is the first 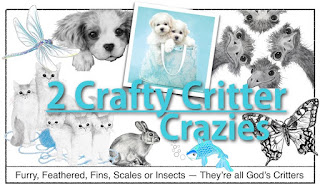 Anything Goes but
they MUST feature a critter
Whether Furry, Feathered, Fantasy, Fairytale, Scaly, or Insect, there must be a critter featured...
We are excited to be sponsored this month by 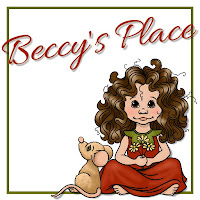 My card today is part of a win I had from Beccy's, I thought the set so funny I had to have it and decided to use it for the challenge here at 2CCC.

I die cut a piece of card to fit the A5 card I was using to layer the chick onto, then used a stencil to add clouds lightly onto the top of the card and use the same part of the stencil to add the grass , I printed and coloured the chick in DI's then glossed his eyes and beak, I added yellow feathers to his tail, but decided I needed to add something else.

So - off to my files to see if I had any chicken wire I could use and found an image that I added to my digital cutting machine and cut it out, I was thrilled and felt it just right to add to the card, I 3D'd the chick on top, added the printed sentiment cut with a die with cloud stencil added to it.

I hope you like it and that I see you at the challenge using a "critter". 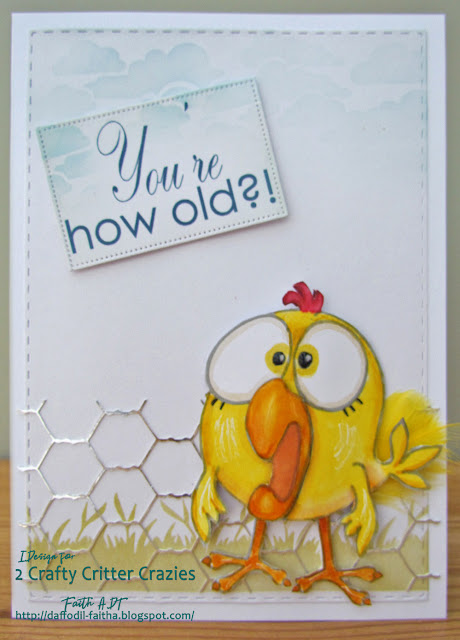 Just showing the glaze on the beak and eyes, (I don't know why it doesn't show above, Maybe the dark days?) and more of the chicken wire. 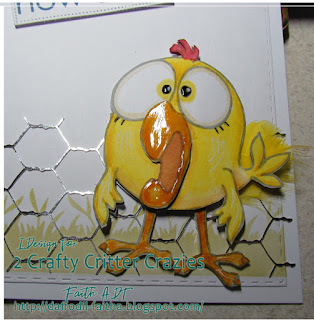 Posted by Faith A at Daffodil Cards at 07:30

I love the look on the chicks face, brilliant card Faith.xx

This is fabulous Faith, a great image and your chicken wire is perfect.
Pauline - Crafting with Cotnob
x

What a brilliant fun card Faith, I absolutely love the chick and the fabulous sentiment, wonderful design and colours, Kate x

This chick cracks me up Faith, I can see why you had to have him! Love this card, the scene you created is fabulous. Love the grass and the clouds-that must be a cool stencil, who makes it? Love the chicken wire, it almost looks real! Your machine cut it out really nicely, cutting it in a silver metallic paper makes it look so real. Super cute card! Hugs, Brenda

What a fantastic card, Faith! I love, love, LOVE the shiny chicken wire and the tail feathers are such a perfect embellie. :-D Too funny.

Another fun little chick! Love those stamps you are using - too bad they are all digital (not my thing). That shiny beak is the BEST!

Oh my goodness--such a fun card!

This really made me smile Faith, I love the chick and the chicken wire xx

What a funny guy and a fun sentiment. Love the glaze and the chick wire too x. Well done on the win x.

Oh my gosh, one of my FAVES from you! Love it!

This is so brilliant Faith! I love your stencilled grass and sky and the way you carried your clouds over onto the sentiment tag. The chicken wire is genius and that chicken is a proper larger than life character!! Vicky x

What a fun little character and that chicken wire turned out to be a fabulous accent for this card! I love it!

Ah, I see you used the stencil's clouds this time as well as the grass! It's a pretty handy stencil, isn't it? I have actually used quite a few FF stencils lately, seems like. I have a lot of them. If all I have to do is spend $40 and I get free shipping from the UK, I'm there. Well, ok, it ends up converting to almost $60 but who's counting haha. I just want to thank you for enabling me on the Beccy's digi set. It's on my wish list now, only because I have told myself I need to use what I have before buying more. I have so many great Beccy's sets. I'm fixing to print out a different chicken one from Beccy's now so stay tuned. But I will definitely have the one you used soon haha. Love it and the beak treatment is fab. You may force me to have to buy a Silhouette too if you keep coming up with stuff it can do like make chicken wire, geez! grins xoxo

You've done an awesome job putting this card together Faith, it looks terrific! The chicken wire is a fantastic addition, I love how it shines in the background... very eye catching. I also love the medium you added over the beak and eyes for a little more shine. Fabulous!
Cheers,
Beccy