Hi Everyone, another Christmas card, I was influenced by this card by Loll. I didn't have the products to make the gorgeous original, however I loved it enough to make one like? it.

I had recently had a beautiful watercolour digital set and it suited this card.  I made the card arranging one of the images and then added a sentiment with fonts I had, in a similar fashion (different fonts) to the sentiment on Loll's card. I added some glitter and the card was done.
image - Poinsettia and Berries, Creative Fabrika
fonts - Lavenderia, Ariel
glitter - Nuvo Pure Sheen 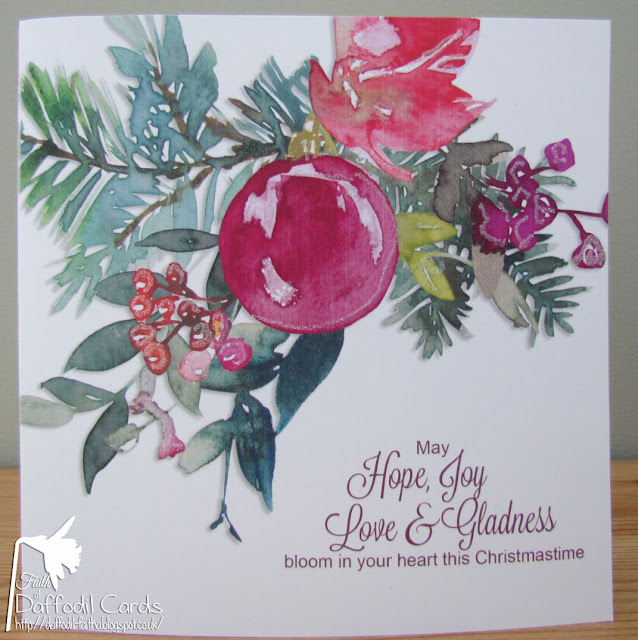 I then decided to do another, I print and cut the image on the Cameo, to layer onto a card with the printed sentiment, however I have to play and I altered the fonts and design of the sentiment. When adding the glue to the sentiment, I realised I had been inking on some card I was going to layer it on and it had transferred to the sentiment, I thought all was lost and was going to print again when I decided to just go with it. So here is the second card.
same image as above
fonts - Ariel, Lavanderia, Arabella, Autumn Embrace 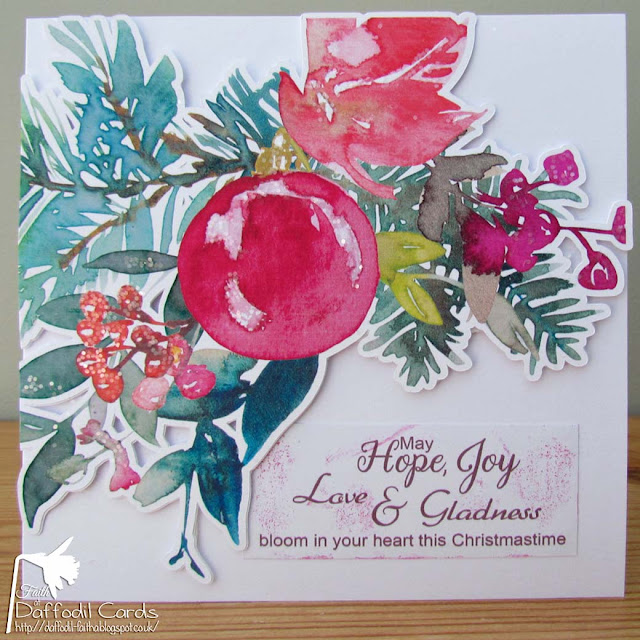 Wow this is beautiful, lovely colouring

Both versions are lovely and I just love that sentiment! Beautifully done Faith - you are so good with your Cameo!

Great save on your second card Faith and wow ...both cards look absolutely beautiful x.

What beautiful cards Faith, such lovely colouring and designs, it's a lovely sentiment too, Kate x

You are so talented with digital images, Faith! Both cards are just lovely! The accidental inking gives the second card a bit of a rustic look!

Oh, such a beautiful image! Gorgeous Christmas cards! Love the pretty colors and wonderful sentiment, too!

Well I do like both cards. Had to giggle, you had inky paws, so have I and so have we all. Love that you just went with it! XOX

The watercolour effect looks lovely Faith and the image is beautiful. Love the sentiment too xx

Oh my goodness--this is stunning, Faith!

I absolutely love this Faith - so beautiful! I think I like the one layer version best but both are lovely. Vicky x

These are just stunning cards - so beautiful.

WOW - these two cards are stunners Faith. LOVE that digital watercolour image . .. and the sentiments you made.