The Boys DId It.

I can't believe I am going to do this as I am not usually a sporty person, Except when the 6 Nation Rugby Tournament is being played.

Whooaaaaaaaa!  The boys did it, we won the Grand Slam Rugby Tournament. Well done to the Welsh Rugby Team who have won for the second year.  We were playing against England and we thrashed them 30 - 3.  They were the last to beat, we had played Scotland, Ireland, France and Italy, this was all to play for and we DID it.

Can you tell I'm pleased?  I couldn't look as every time I watch on the television, they lose, so thought I would stay away from the TV and listen to hubby shouting to know what was going on, I could tell we were winning by the noise.  My friend rang from Spain in the middle of the match because she couldn't watch either AND her hubby was shouting too, my brother in Lincolnshire had lost his voice and his English wife was not talking to me LOL.  She had had a text from her daughter (who is born and bred in England) saying "C'mon Wales" which didn't go down well as SIL rang to tell me. We have such fun rivalry when anything Wales and England is on.

Go HERE to see the highlights, go on you know you want too. LOL.   Sorry the BBC say it's for UK viewers only, but here is one of the Tries with 10 minutes to go. 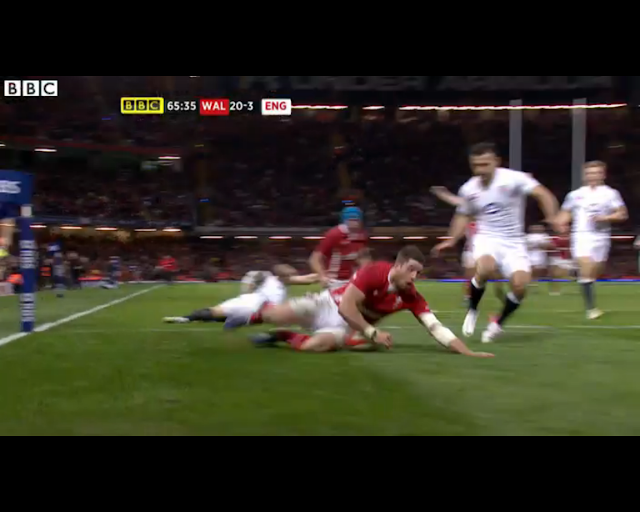