Hi Everyone, another bitterly cold day, never mind it will make us more grateful for the Summer, as long as it doesn't rain like last year LOL

Just thought I would show you my daffodils that I posted in February are now STILL doing, I think it's the longest we have ever had them last..  I took these picture yesterday, even the tulips are poking their red heads through.  As you can also see, we have had no snow, the mountains around us have had plenty but they took it all for us. 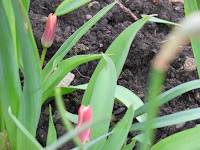 Now onto a card I was asked to make, it had to be classy and have the colours purple, lilac and silver, took me a few days to get it together, then I spied Unicorn Dreams a kit by Skies the Limit Scraps I have in my files and the card became an idea, which just grew and grew as you can see, I took 45 minutes to cut out the flowers on the decoupage, without the layout design, but the kit did it make it a lot easier. I added Pink Petticoat paper as the background as it seemed to match it.  Then lots of Glamour Dust, I added a box and laid it in tissue paper, I have to admit it's one of those cards that occasionally, I really love. 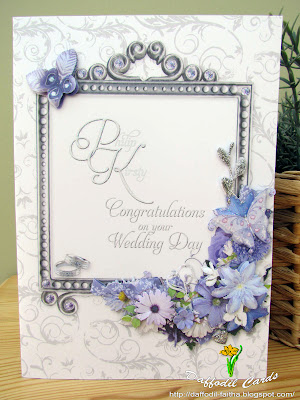 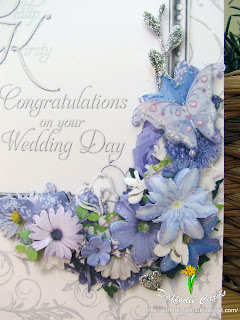 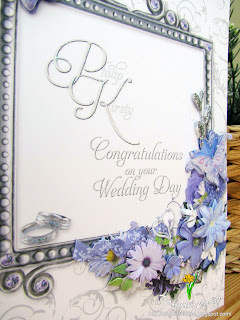 http://houseofgilli.blogspot.co.uk/2013/03/challenge-51anything-goes-wflowers.html  Anything Goes with flowers (Yep)

http://pausedreamenjoychallenges.blogspot.co.uk/2013/03/ch-6-anything-goes.html  Anything Goes  (Yep)
Posted by Faith A at Daffodil Cards at 22:17

Very elegant and very pretty, love blue and grey together

Stunning card, you must be so pleased with the end result.

Thank you for sharing your work with all of us at Crafty Boots Challenges.

Absolutely stunning Faith, a real keepsake. Love your daffodils. Our garden is under about 2ft of snow so don't know what will have happened to our daffs.

ooh love your pics... our ground is still covered in snow so cant see any flowers lol
LOve the weding card .. those decoupaged flowers are so pretty. Di you know we have a decouage challenge at Moving along with the times
Lisa x

Oh, Wow! This definitely should be given in a box and displayed on an easel! I see why you love it. I do too!

Hi Faith, Gorgeous! You are right to be happy with this little beauty! It was certainly worth all that effort cutting out! Weather's been very difficult, I think the plants are as bemused as us!! Gay x

Faith, this is so elegant! You have created something they will treasure for years to come. I am in awe of your flowers - just gorgeous!

Hi Faith!! I rec'd your comment from my challenge blog, Digitally Sweet, sorry blogger won't let you play!! This is so elegant, what a gorgeous card - I love all those flowers!!

Tis indeed a stunning and classy card, those blooms are divine and the ones on your card aren't bad either !