Hi Everyone, my card today is because I saw a digital cut file and thought it would make a lovely card, I hope you think it is too.

The shapes were cut on my Silhouette Cameo, after I had duplicated the shape, cut the word out and turned it on it's head. I used beautiful floral card, then realised that most of it wouldn't be seen, so instead of removing the letters, I added them back in to show a little of the card. I added sparkle pen to the word so that it showed up even more, then added some words to make a sentiment. I also print and cut them with a shadow on the Cameo 3 times to add height. I thought of adding lots of gems but decided to leave the cut as a CAS design. I'm not sure who it will go to. It was quite easy apart from adding all the circles back into the flowers, but that kind of thing is done in ordinary dies isn't it? 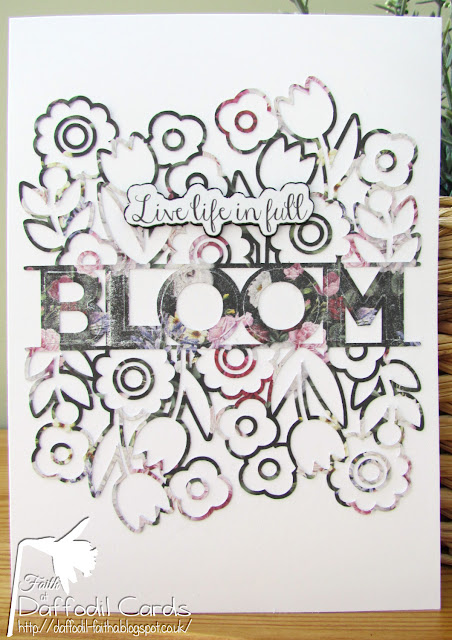 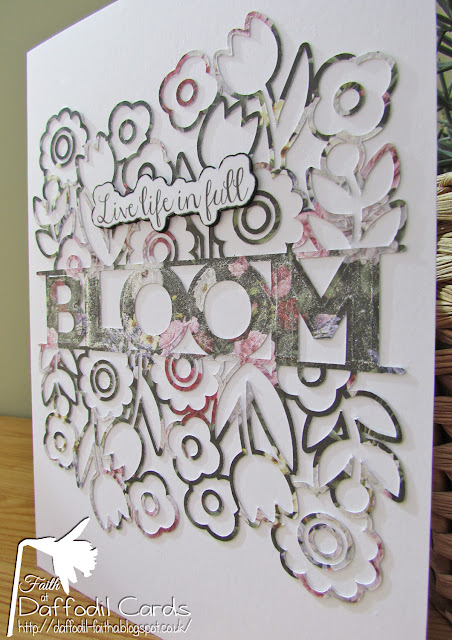 this is showing the sparkle pens 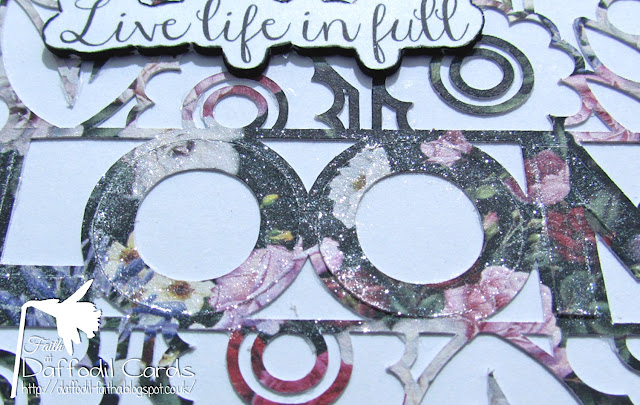 I have another poem by Gill Reed, she is so clever with words.

Now you have some freedom, now you have some choice
But it will take time and effort before you can rejoice.
We may still have rules to follow and laws we must obey,
But still you might be longing for life like yesterday.
When friends were just a smile away, and holding hands was nice,
Before socialising sanctions, put our lives on ice.
Take a tip from Gladys, whose life was not policed –
Across the Serengeti, she’s a lovely wildebeest.
Her life is now confusing, she can no longer roam
The herd can’t hunt together and a tiny space is home.
“Be brave,” she told them all, “be brave! We’ll have to face the weather.
We’ll change the rules, we will adapt, to beat this thing together.
We’ll make some plans to stay apart, we’ll keep it strictly formal,
We’ll nod and wave and pass right by and then we’ll be gnu normal.”

AND seeing as it's a bloom card I thought I would share a couple of photos and a video from the garden. The foxgloves are great this year and we have quite a few self seeded.

I love these next to the Continus. (Smoke Tree) 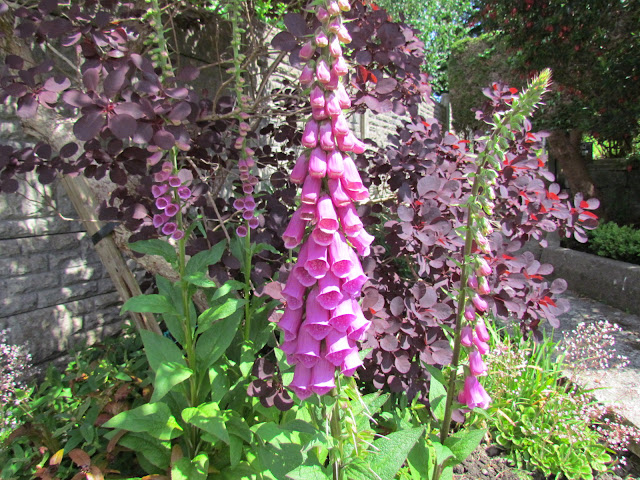 I caught a bee in this one, he is really into the flower 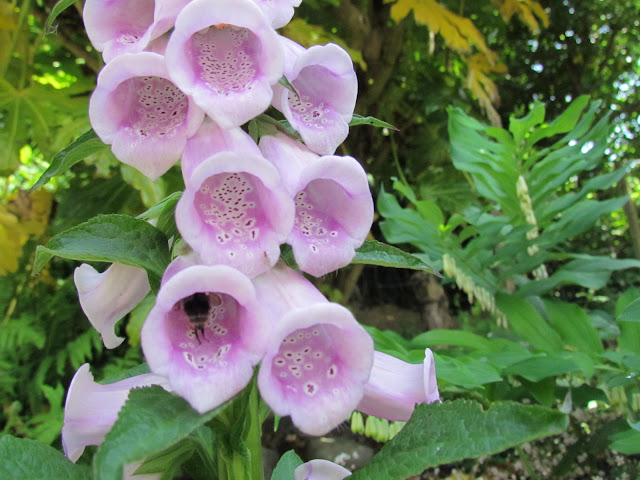 This foxglove is the first of a few others with it and is standing stately amongst the lupins. 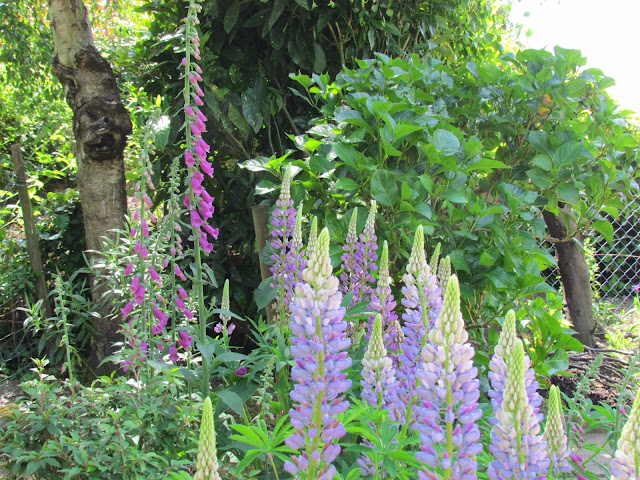 Your card is beautiful and no wonderful you are inspired seeing your gorgeous flowers. So just keep living life in the full Faith and sharing those wonderful poems. Thanks.

Your digital die-cut looks very pretty and the close-up shows that pretty paper. Speaking of pretty - your flowers are spectacular and so beautiful! My azalea bushes have exploded with massive colorful blooms like they haven't done in many years! I only have 2 but they are filled with gorgeous colors this year! Enjoy your garden treasures as I will too :)

Beautiful foxgloves and lupins they are a lot further on than ours the lupin heads are just forming and we lost a lot of poppies yesterday with the terrible winds.LOve the poem and you beautiful card although you lost me with all the techno talk lol
Carol x

A super card Faith, very pretty.
Your foxgloves are beautiful, I have lots in my garden - you are right, it is a good year for them.
Pauline - Crafting with Cotnob
x

What a marvelous cut, Faith! Lovely photos of the Foxglove and beautiful colors of them.

Beautiful inspiration from your garden, Faith! Love the card with the added sparkle.

Your card absolutely has the wow-factor!
And the flowers, it is a feast for the eyes.

Your card is gorgeous Faith, and what wonderful blooms in your garden, Kate x

Great card Faith, I love the design. Thanks for sharing the photos of your beautiful flowers. xx

Your card is beautiful, Faith! Your flower photos are gorgeous! Thanks so much for sharing them! :o)

That card is gorgeous Faith!! Beautiful!!
And I love the garden photo's!!

your card is as beautiful as the flowers in your garden, faith!

The card looks great Faith as does your garden, the foxgloves are stunning. Love the poem too xx

I love your beautiful Bloom card, Faith! And our floral photos are stunning. I have a smoke tree, too, but it will not look pretty like yours for several weeks yet.
The poem by Gill is very nice and so true. I hope we can all weather the storm safely.
Hugs!

That is a gorgeous and very clever card Faith! Loving your garden photos as always. I keep trying to grow foxgloves but they never ever come up again. What am I doing wrong?! Vicky x

Your card is so pretty! What a lovely cut!

And your garden photos are gorgeous! I have garden envy now!!