Hi Everyone, prepare for a LOT of photos.

Well what a kerfuffle this has all been, They were originally due Monday morning, but delayed on their last job. Tuesday the first morning, they were late due to an accident on the Motorway that had them an hour and half late, to non delivery of 2 appliances and having to order them from elsewhere, then hearing the other 2 won't be delivered until after the fitters were due to leave, so cancelling those and ordering from elsewhere. Then the fitters went to get something and the van broke down, they lose half a day with it. They have done all the ripping out and the rooflight in 2 days.It's been one thing after another. What they have done and the speed they are doing it is great. Although I could with a washing machine and cooking facilities asap LOL


I thought I would show you what has been happening this week.
JUST BEFORE they started ripping it all out,
not too bad for a kitchen that is 25 years old. 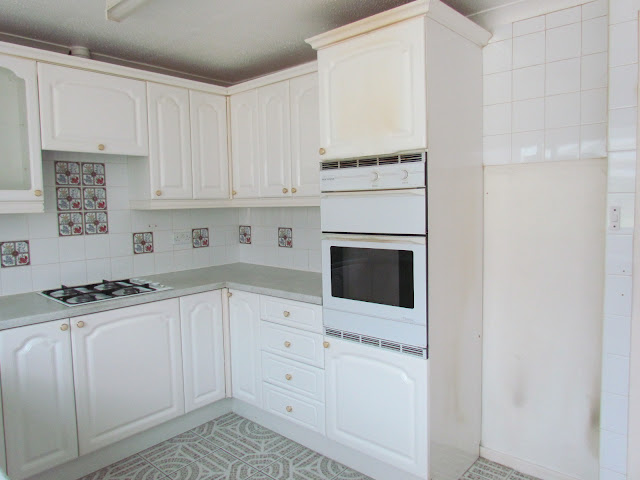 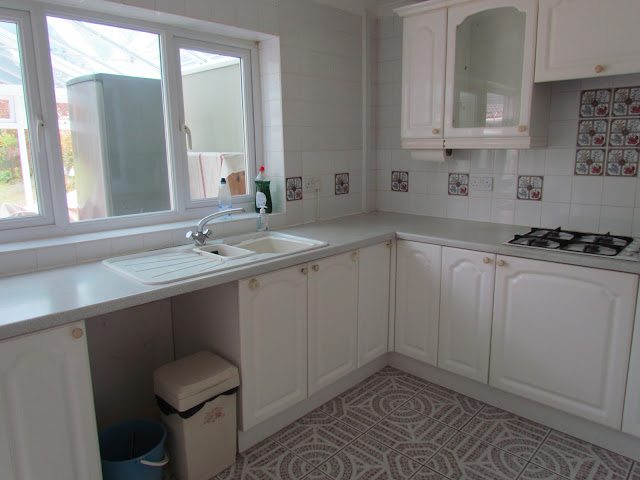 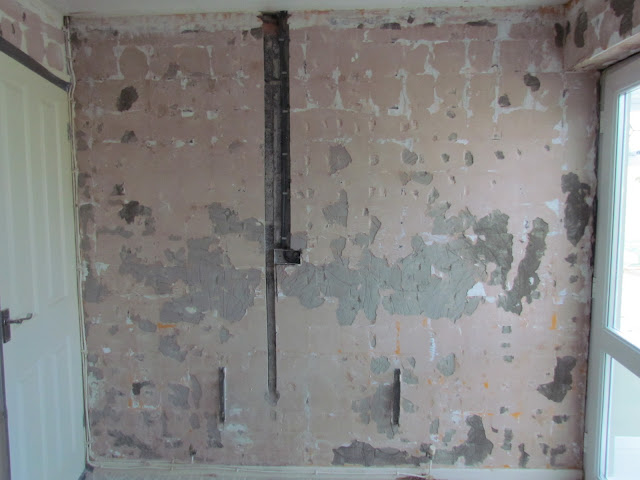 Email ThisBlogThis!Share to TwitterShare to FacebookShare to Pinterest
Labels: Kitchen

Beautiful - I need that big kitchen thanks for sharing!!!

Wow, things have been busy at your house. Congratulations, on your new beautiful kitchen. Enjoy.

Life somehow manages to go on amidst the construction/demolition doesn't it? When it's finished, hopefully it will have been worth the wait time, delays and snags along the way! Best wishes!

Considering all the upheaval they've done quite well haven't they? It'll be worth it once it's finished so I hope you post pics. Thanks for your lovely comment on my blog X

I feel your pain I remember what it was like when the council updated our kitchen -took everything back to bare brick knocked a wall out living out of a microwave or on sandwiches for about two weeks -the fridge was in the shed so out the front door round the back in the shed and back round to the front and the dust!!!--Can't wait to see your new kitchen-must say though I loved your old kitchen lol
Carol x

It will be worth it in the end Faith. We had something similar in that the fridge and freezer weren’t delivered on time nor were some of the fittings for inside the cupboards like the bin or towel holder but it all got sorted in the end although the new hob only worked for 1 day and then died but at least they were still on site and got a replacement very quickly. They did take pity on me and temporarily plumb my washer in where the old sink had been whilst all the rewiring and plastering was done so I was only without it for a couple of days when they started fitting the new units. We put the microwave in the garage and did the washing up in there too as it has a little sink but have to admit it seemed a long 2 weeks and I expect you are feeling the same !! xx

I know what you are going through Faith, it will be worth it in the end and you will soon forget all of the hassle - can't wait to see the 'after' photographs.
Pauline - Crafting with Cotnob
x

what a fiasco - but it will soon be over. I was eagerly looking for the big reveal! just have to wait......

While I don't envy you the construction mess you're in at the moment, I do envy your new kitchen once all is done! I have a kitchen which is more than 40 years old and the only new appliances are double oven and refrigerator. Oh, what I wouldn't give for anew kitchen!! You lucky girl. :-D

Wow what a lot of work...and mess to be made Faith.I thought your old kitchen didn't look that bad anyway...mine is much older and worse looking lol. We have all this to do sometime in the near future and I am dreading it. It will all be great once it's finished though, good luck with it all. Can't wait to see the after pics now ;)

Oh I feel for you with all the remodeling mess! (Actually I really liked your OLD kitchen...I like white). You will be so happy when all this aggravation is over, pristine appliances in place and working. I know it's upsetting with all the delays, but actually, I don't know of anyone who went through this effort, who didn't have at least a little of this kind of thing. Doesn't make you feel a bit better though, when it's YOUR delays! I love that you're having a skylight - you will LOVE that! TFS the pictures - and it's good to have this documentation for later as well. Hang in there, and tell DH you must be eating out quite a bit! It does make the mealtime a little easier. Enjoyed this, Faith. TFS & Hugs

Wow, a beautiful kitchen BEFORE the work! Can't wait to see the finished photos as they will be AMAZING! Hang in there, it will be worth it!!
Hugs!

wow, wish I had your old kitchen, LOL
But I bet it will be even better!! Lot of work!
Looking forward to the finished photo's!!

It never fails does it Faith?! If it can go wrong, it will go wrong. Looks like the crew is doing a great job though and hopefully things will pick up and go smoother. I am loving the sky light! No, your old kitchen wasn't to bad at all. You should see my kitchen and it is around 25 years old too. I've worn the finish right off the cabinets cleaning them around the knobs. lol Oh well, nothing lasts forever! Can't wait to see the new kitchen!! Hugs, Brenda

ACK!!! lol I know just how it feels but I also know it's well worth it in the end! Thanks for sharing the great photos! :o)