Now on to my second post of the day for

A little story about the colouring, I spent over 4 hours doing it in PS, I was thrilled with it, then a slight lack of concentration and it was ALL gone. I could have cried. Next day I got back to it, but I have to admit it isn't as good as the first one, sadly. Lesson learned AGAIN! I should save as I am going along, then I would have had the best to show you here.

I wanted to do this new image by Morgan as soon as I had it, not one I would normally go for, but it called out to me. I just got down to colouring as I had some free time and went for it, without a thought of anything else. I used orange layering to keep it bright and cheerful and found the wonderful sentiment on the web. 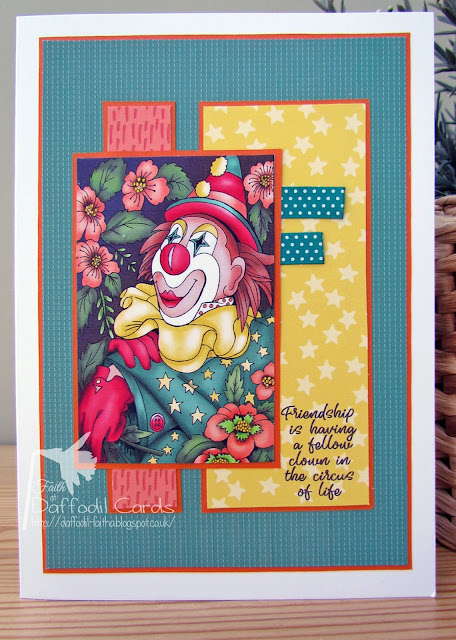 https://digichoosday.blogspot.co.uk/2018/02/wk-9-digi-choosday-challenge-anything.html
Posted by Daffodil Cards at 09:00