Hi Everyone, my card today is a DT post for 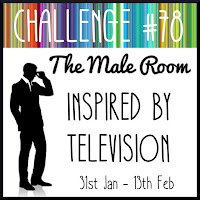 http://themaleroomchallengeblog.blogspot.co.uk/
I could have chosen, as you can, I suppose, lots and lots of programs that have either influenced me or that I love, but as I enjoy Scifi programs, I decided to go with that AND as I was going through FB, something I rarely do, I came across this quote which decided that is what I was going to make.

My card came together comparatively quick for me, of late I have taken almost a day or at least quite a few hours to make, this I think took about 3 hours, still a long time, but I had to redo quite a bit, photos to follow. You can skip those!

I gave it to hubby to play with, (it was for him after all,) as the rocket just swirls around, I wish I could show you, it is such fun to play with. 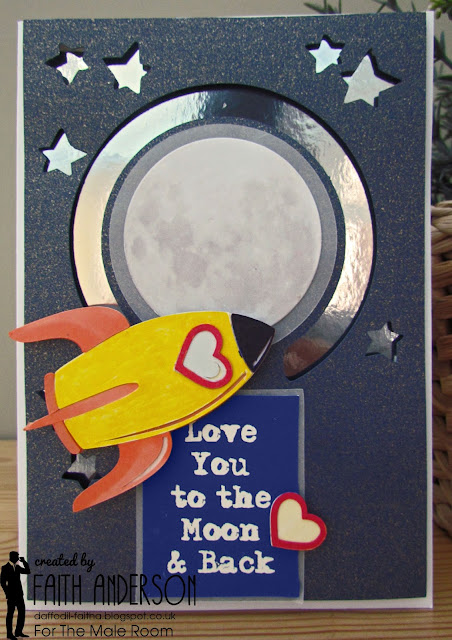 The rocket is a free svg cut file by Printable Cuttable Creatables coloured with Promarkers (Yep! I coloured it with markers LOL.) and Sheena Douglas Sparkle Pens, shame you can't see the sparkle of the yellow body, the hearts and the nose of the rocket.
the rest of the card I designed in the design space of the Silhouette Cameo
The moon is a photo I took of the Super moon taken last December, I layered it onto vellum so it has the appearance of light around the moon.
The stars are JMD @ Pixelscrapper
sentiment by WeAre3 is also layered onto vellum

Here's what happened in the making, you can skip this bit by all means.

I noticed before unloading the mat from the Cameo that the cut for the pennies was too narrow, so I corrected it and cut again. You can see the original cut at the top of this picture. The rocket pieces had all been put together, but not "sparkled" if you notice I changed the colour of the nose. 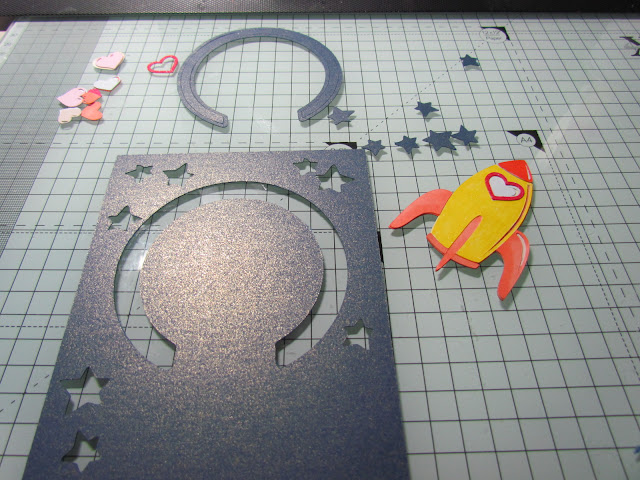 Added 3D tape and pads, spaced so that the pennies can run smoothly. I also cut the silver card on the Cameo to ensure it's correct size. 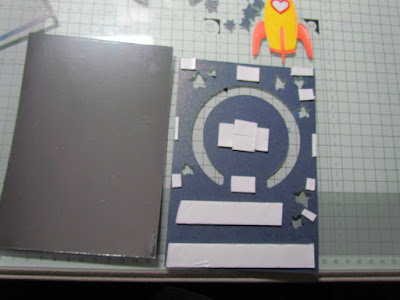 the penny added with the 3D added, but I had to remove it to make it slightly smaller, to run smoothly. 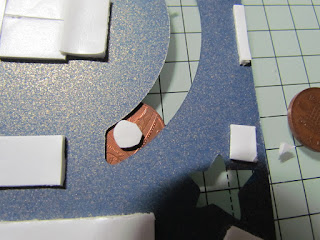 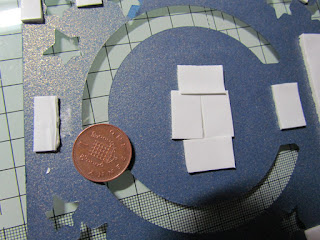 I then realised that the 3D tape wasn't high enough to allow free movement, I  added another layer of 3D and cut the layer at the top smaller, as the pennies got a little stuck in that area. 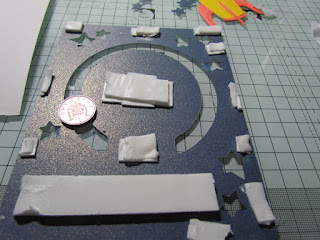 I added it to silver card so that the stars could shine through and 3D'd the rocket on top, I am thrilled with this fun card and completely different for me to make. 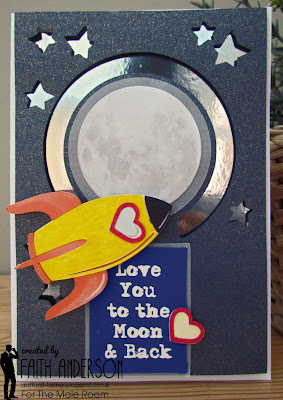 Go see what TV programs influenced my Team Mates,
they are such wonderfully creative people.

Faith, that is so creative - LOVE IT!!! Your card is just so adorable. Thanks for showing the process.

Hi Faith,boy you are so clever my friend ,this card is amazing well done xx

Wow! This is awesome! Love your slider card Faith and that you used your own photo as the moon!

WOW this is so gorgeous and fun Faith...Thank you for sharing how you made it
Cheers
Dr Sonia

So glad you persevered with this amazing and fun card...Bet husband loved playing with it? So creative x

So cute, Faith! I will have to try that amazing technique! I know your hubby loved that card!!
Hugs!
Darcy

Such a fun card - love it thanks for sharing!

Thanks for the enlightening tutorial for this fun slider card! Wonderful details!

So very creative as always Faith. Great tutorial too. xx

A super card Faith, such a clever design - perfect for a male.
Pauline - Crafting with Cotnob
x

Wow, wow, wow! You did an amazing job on this card Faith!! I've done one spinner card and that was years ago. lol I should give it a try again sometime. I love that you took pictures of your steps along the way including the boo boo's. Helps to see it isn't as intimidating as one would think. Perfect card for hubby and I bet he has a lot of fun playing with it! My day and project kept going wrong for me yesterday but I preserved and got her done! You did too and such a fine job at that! Hugs, Brenda

Well worth the effort Faith, looks brilliant and fun too xx

Pretty nice card. Thanks for the instructions!

Fabulous card, Faith! Thanks so much for showing how it's put together! :o)

how fun Faith...looks amazing and what a delight for the theme.
:) Karen

Fabulous card Faith. I love the shiny paper you used for the moon frame and the stars, and your rocket is so much fun! Great sentiment, a perfect fit! Fantastic masculine make! hugs :)

How fun, Faith! I know your DH is having fun with this! Love the bright rocket!

This is just so cool! I bet he will have loads of fun playing with the 'mechanism', and good thing you noticed before assembly it was too narrow. Amazing, once again, with the cameo, and what a terrific guy/boy/boy at heart design! TFS & Hugs (yes, great Valentine card if you exchange those! Glad you were able to design to fit your sci-fi interests too).

Wow! This is absolutely brilliant. I think interactive cards are such fun. I do like that you've taken Sci-Fi TV as your inspiration - works for me too. I'm sure your hubby loves it. Deborah, xx

You always create such fun stuff - your hubby must be one, big kid! 😘

I love movement cards but have never made one. I think, after seeing your step-by-step photos, I might be able to try one. Will have to figure out making a slot without a die but I can manage, I think. :-D

Your rocket card is so adorable. A fabulous card for your dh.