Hi Everyone, the card today is one I have been wanting to make for AGES! but the detail put me off colouring, however once I started it flew and wasn't half as bad as I thought.


The image Gerient and Enid is by Morgan's Artworld.
I followed the colours of a digital kit by Paty Grief,
the papers are from the kit,
image coloured in CS6,
EF folders by Tattered Lace,
label is a PS shape fussy cut.
font is Old English. 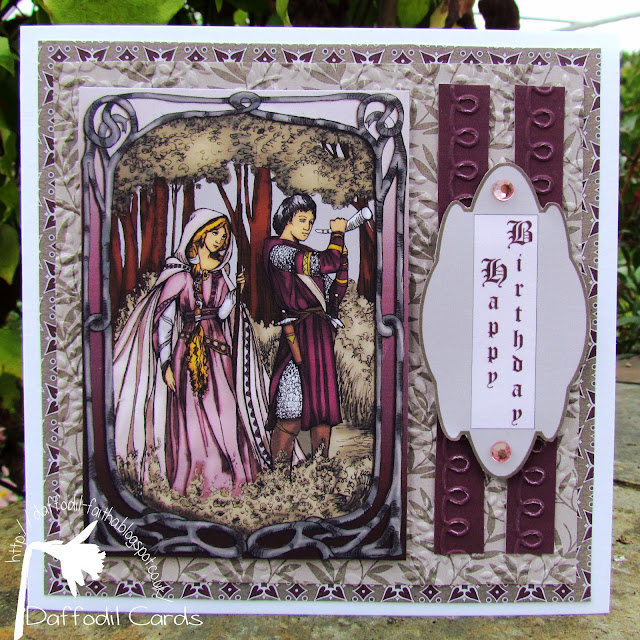 I HAVE to show you my die storage, that I ordered and received last week.
This is what I used to use, until I noticed a couple were starting to lose shape! 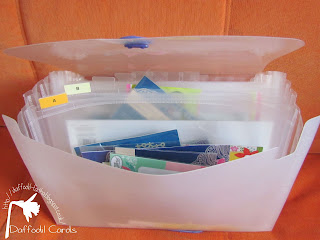 The MDF files I ordered from HERE hold 10 A4 magnetic sheets,
hubby helped me, yep! no choice!!
he added No Nails glue to the sheets and added them each side of the pull out of the holder.
They are inside the Ikea unit I have at my side, just lean down slightly and voila a die to hand.
I know I don't have as many as most of you, however after all the gluing of the magnetic sheets,
(the file holder came complete in a large box) and clearing up,
everything was so tidy and in it's place, with a few slide outs empty,
ready for dies (I will desperately need at a later date,) I was overjoyed.

Anyhow a week later, I went to cut out the squares on this card,
leaned down to get my Tonic layering square dies, I couldn't find them!!!!! aaaarrrrrrggggggghhhhhhh, where are they?
Then remembered I hadn't got enough magnetic sheets to put them on
so I had put them - WHERE!
After an hourish of looking - with hubby!

I concluded he had put them into the bin with the odd small magnetic sheets,
which he thought I didn't need!
The rubbish went out LAST WEEK!
Which meant my layering Tonic Square, Circle, Rectangle, Oval and
My Favourite things pierced square dies had all disappeared! I could cry!

Anyhow he made up for it by saying to order more,
I have ordered pin dot dies in case I DO find them, although this is highly unlikely.
In the meantime I have my other dies beautifully stored in a quite a small space.
I'm not sure if I will cover them as they are not seen, will see what I feel like at a later date. 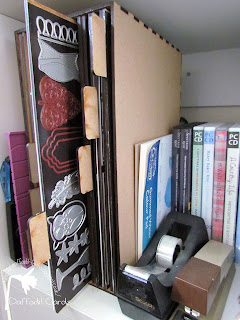 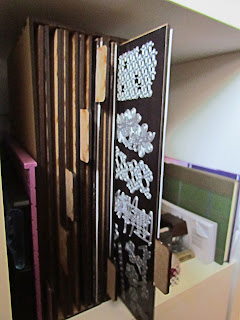 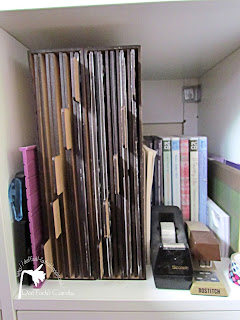 card papers used from this kit. 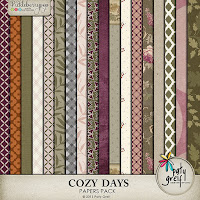 Amazing detail on your card Faith, it's beautiful. Great idea for your die storage. I have to own up and say I have never bought a die although I do have a few free ones - loving my Cameo 3 though !! Hope you have forgiven hubby xx

Oh Faith I felt so sorry for you when I read that you had accidentally thrown out some of your dies....your heart must have sunk. I am still in the process of organising my craft room and I can't remember where I have put stuff and it drives me bonkers!! Great card as well. Wendy x

Oh Faith, I'm so sorry about your missing dies - I hope you can restock asap AND that they are all on special offer!

Your card is beautiful, and so romantic!

A fabulous card Faith, such a beautiful image and lovely colours.
Your die storage looks very neat, I hope you do find your dies - such a shame if you have thrown them away.
Pauline
x

Your card is awesome. I wasn't quite sure what the coloring medium was (is CS6 a software or markers?). It's gorgeously shaded however you did it, and looks like what I'd expect to see in a castle! Love the design details very much. Bummer & Ouch on the die boo-boo. I bet you were just absolutely sick, but you can replace them - so it's recoverable! Love the way your storage looks. It is very tidy, and should be easy to grab a specific die when you need. I'm with MagsB, hope you can find a good sale on the recovery dies! TFS & have a great week.

Your card is gorgeous, but I'm feeling the pain of losing those dies :( That is a great storage system though!

So glad I came by for a closer look, Faith. The card is simply gorgeous and I love how you've stored your dies. So discouraging to think of the lost sets but what a sweet hubby to just say replace them. :-D

Faith, this is such a beautiful card!! I love the way you put your card together with the great papers and such a beautiful image! And thanks for sharing your die storage. I have been trying to figure out something for my collection that will take minimum space so this is a great idea! Sorry about your dies..........you may still find them! I have misplaced dies too and then found them in an odd place. Fingers crossed!!
Hugs!

I must admit I was in awe of all the detail coloring. Glad to hear it wasn't that bad as you thought it might be. It's certainly beautiful. I always love seeing what people do to store their dies. I have done mine 4 different ways and the one I'm using now fits my needs the best. I love when a hubby gets involved. They take a little ownership and bragging rights too...and so they deserve. Great job!

Love the card, fab colours and a perfect layout.
I have a version of this mdf but flat, now I can see it is better on the side as you get more in - however, I do have a lot! mine just houses my a4 dies. I also have some in a folder as you did previously, not noticed them bending but have noticed my platinum machine seems to be bending some of them!!! Such a pity about losing the dies, I have bought the spellbinders magnet now, bit expensive but I got it on a deal and you can sweep your work area to make sure you haven't missed any, it is a VERY strong magnet.

Oh Faith!! I'm so sorry about your dies and will be crossing my fingers that they end up somewhere in your craft room. Your new storage looks fabulous and much easier to work with than before.

Your card is fantastic! The Old English font is a perfect match with the medieval image.

Awesome and unique card! I like this change! Very nice and detailed!

A beautiful card, love the ladies and the colors. Sorry about your dies, I hope they will show up soon. Nice organization.

This card is awesome, Faith! I wouldn't dare attempt to color something this intricate so I can really appreciate the job you've done! Great way to store those dies.