We had wonderful news at the weekend when my Great Niece rang to me to tell to buy a hat! her boyfriend had got down on one knee and asked her to marry him, she had no idea he was going to propose. He even bought the ring which she was thrilled to find fitted beautifully. He felt after moving into their own house recently and finishing the changes they wanted to make and a Christmas tree up, it was romantic to ask her in their newly finished and decorated for Christmas room. We were so thrilled for them.

Here is the card I made for them, I had to incorporate the Christmas theme didn't I? I laid it out and coloured the image in Photoshop, I saved the frame and image to a png file and print and cut on the Cameo, 3D'd it onto the card. I followed the April 2015 TSB Digisketch Challenge sketch which I turned. I added a gem onto the ring in the image. 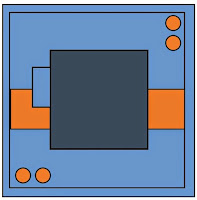 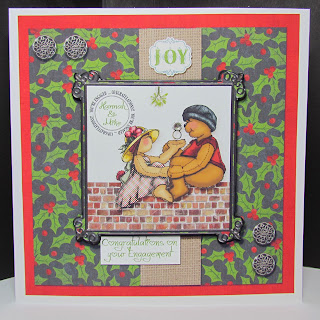 The digi papers and elements are by Paper Garden Projects

A huge congrats to your niece, sounds very romantic! Love the card you made you for them, what a sweet image! Excellent mix of romance and Christmas, just like the proposal! hugs :)

A fabulous card Faith, how lovely to make it so personal to your great niece.
Pauline
x

Such a sweet card to make for the lovely circumstances! Love the image and the feeling warm feelings of this special card!

WOW, love what you did with that sketch, Faith! Such a sweet image and great story. :-D

This is cute Faith - and perfect for the occasion