Well this must be a challenge I like, as I have done another 2 cards, the first is an image from Audrey Jeanne Roberts, Lilies and Lace, again the file is dated 2007, I placed the image on to the card then placed the sentiment and shaped it into the image. I printed the image directly on to the card  then used photopaper to print a couple more images so that I could decoupage, then cut out and shaped the flowers and added a little Stickles to the centre of the flowers. 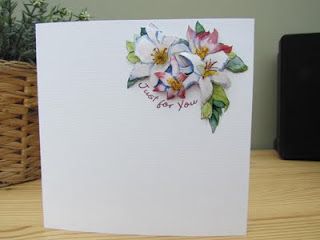 The other is a digi stamp NounoursFlower by Guylous Inimitability, after printing directly on to the card I printed more copies of the image then I 3D'd the flower and the teddy, and a little Stickles on his bow, I did it in PS as usual and used an action by Atomic Cupcake named chalk to give the orange surround to the frame. I then used a path to place the sentiment. 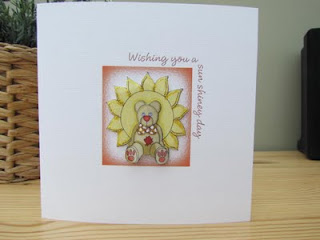 Love both the cards xx

Love the decoupage!and the image is so cute!

Two stunning cards, but the first one just has the edge for me
Beryl x

Beautiful cards- the flowers are stunning.

Both fab - my personal fave? The central one, it's so cute!

Both gorgeous. I particularly like the floral one though!

Hugs, Sandra My card is HERE!

These are both really sweet Faith... I love how the sentiment goes around the image on the second one!
Thanks so much.
Chrissie
Lady LIM
"Less is More"

Hi Faith thank you for your lovely comments it's always a pleasure to hear from you. What wonderful cards especially like the first one it's stunning.

Love both cards, Faith, but I think my favorite is the second one. I love the elegance of the first, but the second one is just fun!
My card is HERE

Wow wow wow! Fantastic! Love both of them! :)

Both cards are gorgeous BUT the top one, all the flowers is my favourite!!!