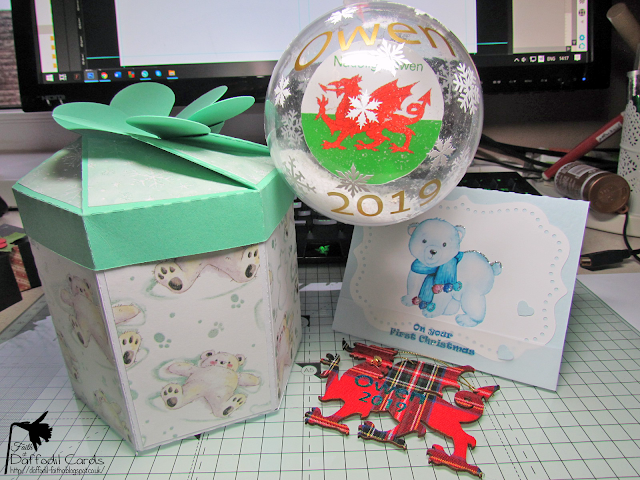 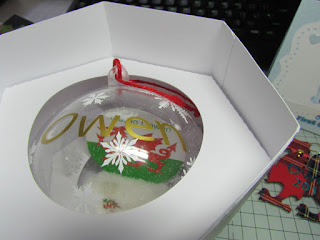 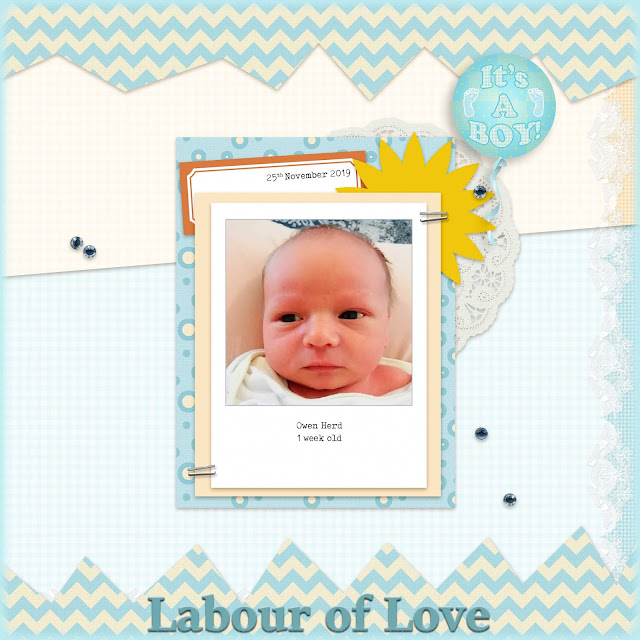 Love the Christmas ornament, and that scrapbook layout is gorgeous! I love the layout, colors, and type font. Plus that baby picture is just so cute. Do you print these pages? If so, how do you do that? Are they 12x12 when you print them? I need more information. LOL

Lovely keepsakes Faith and Owen is a real cutie xx

Love the beautiful bauble and box you made.Gorgeous page and photo-he is gorgeous and looks very alert for 1 week old
Carol x

Hi Faith, oh Owen is just so gorgeous, so pleased that he and Mum are doing well. Your New Baby projects are wonderful, love the bauble, amazing and a treasured keepsake, Kate x

Gorgeous keepsake to be treasure now and every Christmas after. What a darling little Owen is...beautiful simple layout. I'm sure the family was thrilled. xx

A wonderful gift Faith, I'm sure it will be treasured.
I'm pleased to hear the mum and baby are doing well.
Pauline - Crafting with Cotnob
x

Wow love your projects - great job as always. Beautiful layout thanks for sharing!!!

I am so glad that everything is OK now for the mother and child. He is such a cutie!!! I llllllove the Christmas ball and how clever idea to make also and insert for the box. Hugs, my dear friend.

these look amazing...so glad to hear the little guy is doing well and his mama too!
xx Karen

What a cutie!! Glad Owen and mom are doing well!
You made gorgeous things for him!

So glad to hear that Owen and his mum are both doing well, Faith. Sweet little gifts for a baby's first Christmas. He's adorable and your CAS page is perfect.

Oh my goodness, there's a tear in my eye Faith. What an adorable little one Owen is and what amazing gifts you have made for them. The ball in its special box is so special and I love the cute card you made to go with it. The scrapbook page deserves to be framed. You are so thoughtful. Vicky x

What a cutie Owen is! Love that layout - just precious and the keepsake ornament is great - love that you added a red dragon. Precious little card too.

What a cutie. Fabulous layout. I love when I look at a layout and the first thing that I see is the photo.

Such lovely projects, Faith! Owen is a lucky boy...and so adorable! :o)

I am so glad baby Owen is doing well.
You made him a wonderful scrapbook page
and a darling Christmas gift.

Thank you for sharing Faith and the Welsh theme looks fabulous. How thoughtful are you and the gifts obviously made with love x.

Absolutely brilliant. I love the box you used for the bauble. I was going to do a bauble (note I say "was") and wondered about how to wrap it, this is a super way to do it.