Hi Everyone, a card today I have done for my eldest Brother who was a Fireman on the old Great Western Railway in the Age of Steam! He told me it was his SPECIAL birthday, I said "that was last year, when you were 80", he said "NO! everyone is special, as I will have reached it by dodging the Grim Reaper" LOL.

I have used the Outlawz sketch of this week, which I turned 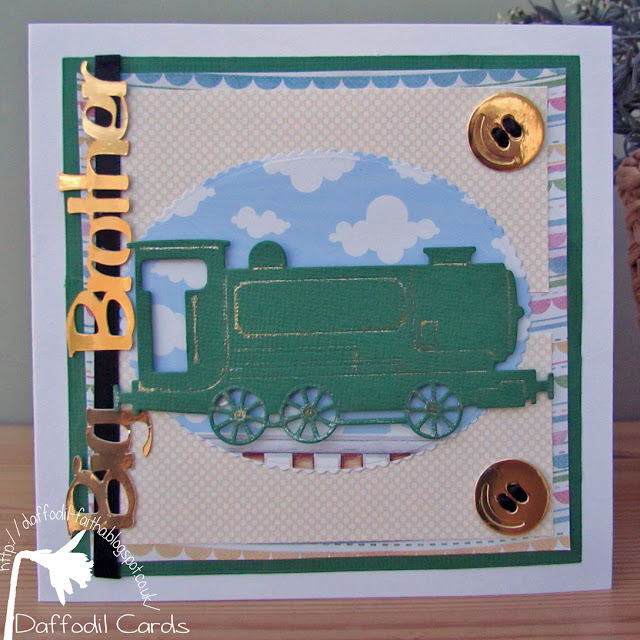 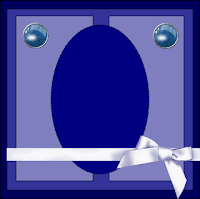 Posted by Faith A at Daffodil Cards at 11:30

Super card Faith and I like your Brother's attitude !! xx

What a fantastic card, Faith! My children both adored 'Thomas the Tank Engine' - I remember my son bursting into tears when he realised there were no more steam engines! Though I can't say I miss the smuts when the train went into a tunnel and we had to leap up and close the windows!!!

A super card Faith, lots of great details - I'm sure your brother loved it.
Pauline
x

What a fabulous card for your brother - just perfect for him!! I enjoyed reading your brother's words. It sounds like he's got a fun sense of humour!

Great card Faith - I'm sure your big brother will cherish it! Love the scene you created with the metallic card included!

Great train lovers card. How many brothers do you have? So many fun male card ideas.

Your brother has a fine sense of humor. Usually it's men who are infatuated by trains, but I am one also. My uncle worked the train in our state down to Florida each day...very long trip....doing the mail. Anyway, great card for your brother's special day...which as he says....everyday!

Oh this is so nice! Such a special card. How sweet you are

Your brother has a great sense of humor as well as a great attitude about life! I'm sure he loved this card with the gold accents, because it's really cool :)

What a great die cut, Faith! I need to get that one since I have a grandson who is absolutely crazy about trains in all forms. :-D

Obviously that crazy sense of humour of yours runs in the family. Such a gorgeous card and very wise words from your brother.