Hi Everyone, the Male Room challenge today is 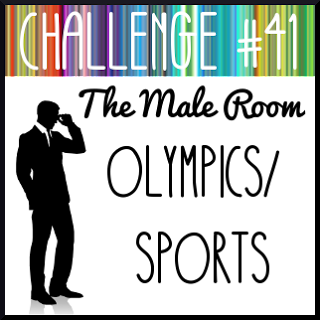 Did you know?
The ancient Olympic Games were initially a one-day event until 684 BC, when they were extended to three days. In the 5th century B.C., the Games were extended again to cover five days. The ancient Games included running, long jump, shot put, javelin, boxing, pankration and equestrian events.


PENTATHLON
THE PENTATHLON BECAME AN OLYMPIC SPORT WITH THE ADDITION OF WRESTLING IN 708 B.C., AND INCLUDED THE FOLLOWING:

I decided on Running! and a birthday card for a runner friend of ours. Well actually I did 2 cards, because I couldn't make my mind up with the sentiment LOL. I will decide nearer to the day. I had the image and the sentiment from Create with TLC, all I had to do was put it together!

I die cut a birthday sentiment, which didn't fit! so I cut it and placed it on the top corner as if it was a winners wreath, then 3D glossed it. I liked it so duplicated it onto the second card. After digitally colouring the image and the sentiment I printed them out and layered them onto card, then layered each onto the main card. Whichever I send, I'm sure he will like it. Hope you do. 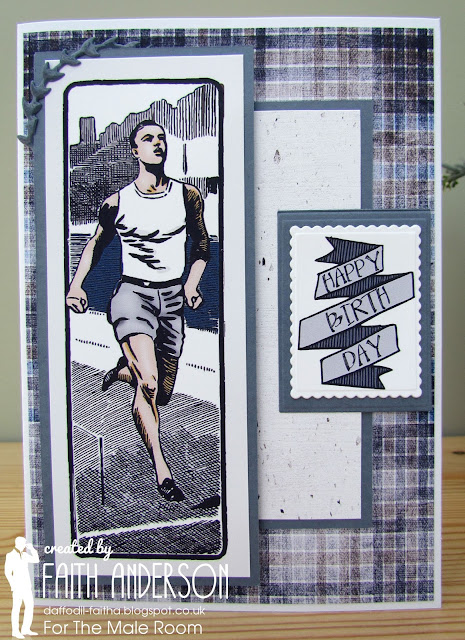 this is the second one. 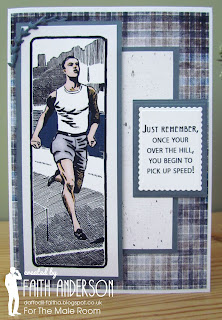 I thought I would show you a black headed gull that decided to land on a lamp post that I can see from the window of my bed/craft room.  Although they are supposed to be quite a common bird, I've not seen one around here before, so thought I would share it. Also the view I have on this dreadful, chilly, WET, supposedly Summer day. 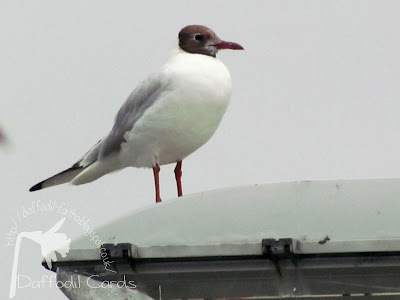 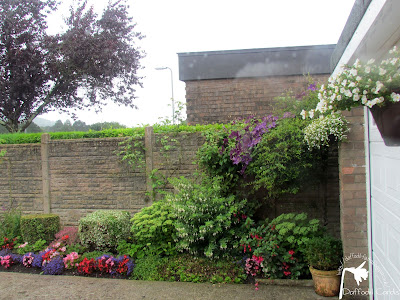 Posted by Faith A at Daffodil Cards at 09:00

Email ThisBlogThis!Share to TwitterShare to FacebookShare to Pinterest
Labels: Create with TLC, The Male Room

Your garden is gorgeous!!! I also like your card. Love the etched feel of it...so different.

Both cards are great and either version works perfectly for a guy. I love your garden view - what a beautiful thing to see while crafting!

Great card Faith, I like both versions. Never seen a black headed gull, he looks quite magnificent !!

Wonderful card Faith! Both versions are fabulous, although I do like the banner in the first one. Great shot of the Gull! I've been reading up on all the birds local to where I live, and I keep reading phrases like "very common" "over abundance" "high population", but I'm like 'really, because I've never seen one'!!! What's that about anyway! lol. sending hugs :)

Wonderful masculine design, Faith, and I really love the plaid and soft blues you chose. I'll trade one of those "dreadful, chilly, WET, supposedly Summer" days with any one of the horribly hot, terribly dry, grass-turned-brown-and-crunchy-under-foot, over 100F days we've had for the last 12 days! :-D Perhaps we should each count our blessings?

Stunning card Faith. I love the "chariots of fire" look your card has, beautiful!
Lovely view you have too.
Hugs
Buffy x

Gorgeous cards. Colours and layout fabulous. The sentiment on the second one made me chuckle. Yes very wet, cold and windy up in Scotland today x Yes agreeing with Pamellia about she wrote about 'very common' etc.

Faith - this is fab! I love the slightly vintage runner and the softer monochromatic blues. The wreath effect is just super. Great work. Deborah xx

Great cards, I love the plaid paper. Gorgeous, flowers, too.

What a pretty garden, Faith! Love your runner! How appropriate for these times!

Oh fabulous vintage olympics cards. Love that tartan background paper and the fun quote on the second one.

Great card for a man's birthday. Love the Olympic Theme. Not watching the opening tonight....way too late.
Great pictures. Would want some more real Summer!