I have quite a few things to show you today, hope your not going to be bored!

Blogger seems to have added a few underlines and bold text, don't know why.

I had a phone call this morning to let me know my dear cousin has passed on, he was 88 he went quietly in his sleep, which was wonderful to know he hadn't suffered. 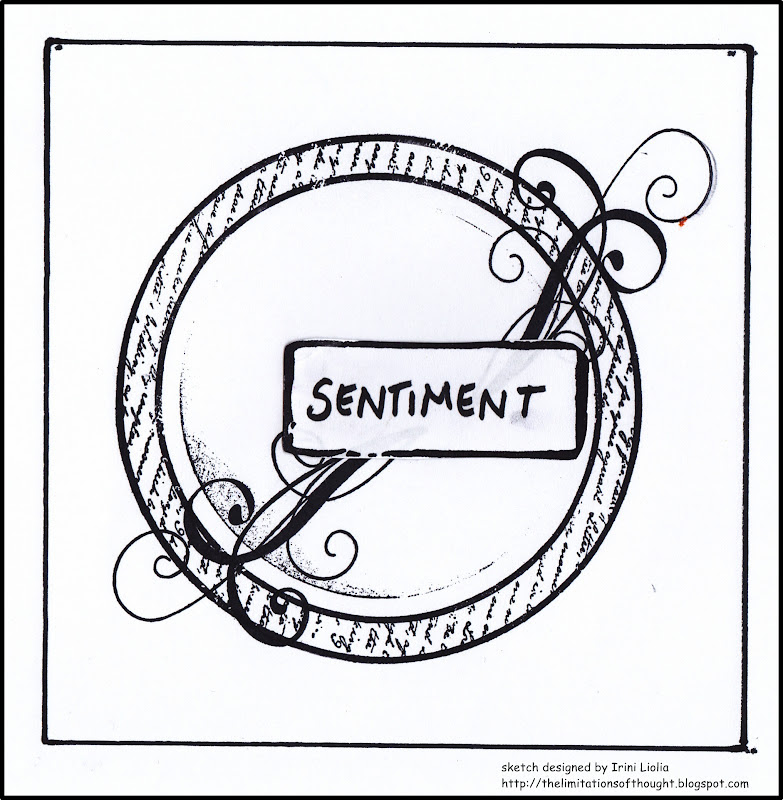 Around the same time I had a follower email post from "baileyrosey" (Marie from Greece), Here in it was a sketch for a card and as I had to make one for my cousin's daughter, I decided to follow it.


This is the result, the papers are Krafty Florals from Gina Cabrera at Digital Designs Essentials the text paper is by Linda Tieu at BackToPaper.  I cut the flourish by Krewellakreations twice and joined them in the middle to get it stretched as in the sketch.  I added pearls from Crafts-Too.  The centre paper I added a brush flourish in PS to match the cut flourish. 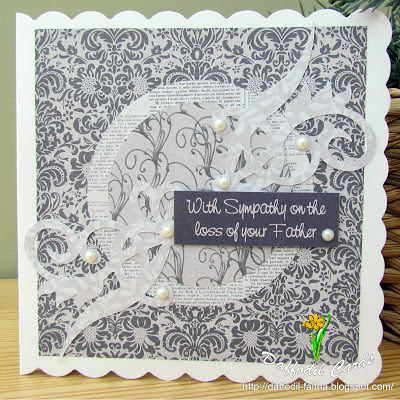 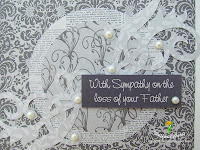 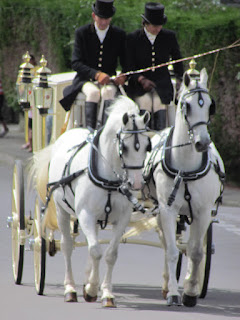 Last weekend we had a wedding in the street, well not literally in the street, but the bride lives in the street, no, she doesn't live in the street but in a house in the street, now I expect you are totally confused.  Anyhow, as she had a horse and carriage to take her to church, I was well placed to take some pictures of her passing our house - THEN - 2 cars stopped in front of me and these were all I could get, but I thought it too pretty to not show you. 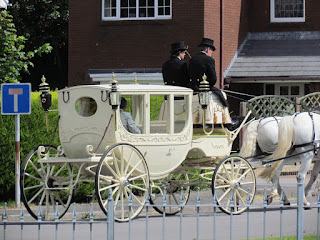 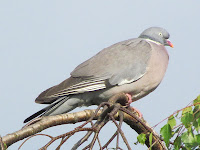 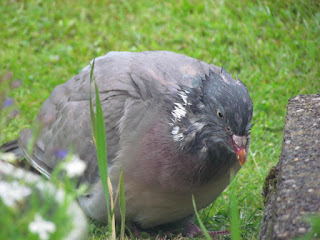 Well I think that is all for today, enough! I hear you say!  Apart from hasn't it been a wonderful couple of days for Team GB.  So exciting. I can't over we have had medals that we haven't had for over 100 years, fantastic.

http://myheartpiecesdigitalstampchallenge.blogspot.in/2012/08/use-designer-paper.html  Use Designer Paper
Posted by Daffodil Cards at 16:30

Beautiful creation, love it, so sorry to hear your sad news x

Sorry to hear your sad news many condolences. You created a beautifully stylish card and very befitting for this sad occasion. Love the monochrome and the great take on the sketch. What great photos Faith I dont think I've ever seen so many in one of your post. The porky pigeons are brill looks like they live next to a fast food place. Great fairtytale pictures of the coach but wheres the one of the bride and her frock !!! So lovely to see you joining us at Get Creative and good luck.

Sorry about your cousin Faith but the card is lovely. Super photos but I think that pigeon could do with a visit to weight watchers !!

What a beautiful card! I love the soft grays, and the different patterns as well as that beautiful scroll! I love the carriage. What a delightful way for a bride to go to her wedding. The first thing I thought when I saw that pigeon was that it was big enough for a meal. Not that I would ever eat one. But he is a big fella!

Thank you for joining us at Simply Create Too for Challenge #19 - "Anything Goes". Your daffodil card is so pretty--I know it brought comfort to your cousin's daughter in her difficult time--to lose a parent is so hard!

Your wedding pictures are wonderful--will you do a scrapbook page/book for the couple? Your great pix would be wonderful in it

Sorry about your sad news ... brilliant card for such an occassion ... love the whole wedding excitement ... thanks for joining us at Get Creative!

Lovely card for a sad occasion. What a wonderful carriage for the bride. x

What a great card! Thank you very much for joining us at get creative!

Hello there-Sorry to hear your sad news-Sympathy cards are always tricky arn't they? very classy one you have made though.
Wow-the horse and carriage.like a real life fairy tale ! and the little fatty pigeon made me laugh !! they are little porkers arn't they? i see them come to my bird table and eat the lot !! :) x

What a lovely card for the occasion. I think it says it all - i really have a tough time with sympathy cards. Thanks for participating at Paperplay this week.

Pretty and unique, love those images too.Thank You so much for joining with us at My Heart Pieces,hope to see you again next week and don't forget to check back if you are the winner.

Sorry for your loss!!
Your card is beautiful!
Thank you so much for playing along with us at Get Creative!
hugz
irini

This is is a very stylish creation... just perfect for your sympathy sentiments. Thank you for sharing with us at My Heart Pieces...

so beautiful card!!!thank you for joining us at gc!!
sorry for your loss!

Beautiful card! Thanks for participating in MY HEART PIECES challenge this week!!
~DEANNE~

Black and White are always so elegant and a perfect choice for Sympathy cards. I love the design and combination of papers for your beautiful card today! Thanks so much for joining us at My Heart Pieces this fortnight and Good Luck!
Danie xx

Sorry to hear your sad news, but the card that you created is stunning!! Very classy, thank you for joining us at Get creative. Channa

So sorry for your loss :( ....
Your card is amazing!Elegant and so suitable for the occassion.
Thank's for playing along with us at Get Creative.

Your card is so beautiful and elegant. Thank you for joining us at Get Creative.