Hi Everyone, my work today is entitled Ugly Sweaters, but, not by me but Deedee at Deedee's Digis. She is sponsoring the Challenge at "Sparkles Christmas Challenge" which is "Use mostly green and must be a Christmas card"

So my choice to make a card was from the Ugly Sweaters kit, I decided to colour the sweaters from the "Outline" images in the kit. The trouble was I couldn't make up my mind which image to use or even the design of the cards, mojo overdrive???? so decided to do 3. I think you could say they are different, from the size of the digis to the design, just goes to show how versatile digi's are. I used all the sentiments in the kit too. I also decided to add a "knit" effect too in PS. 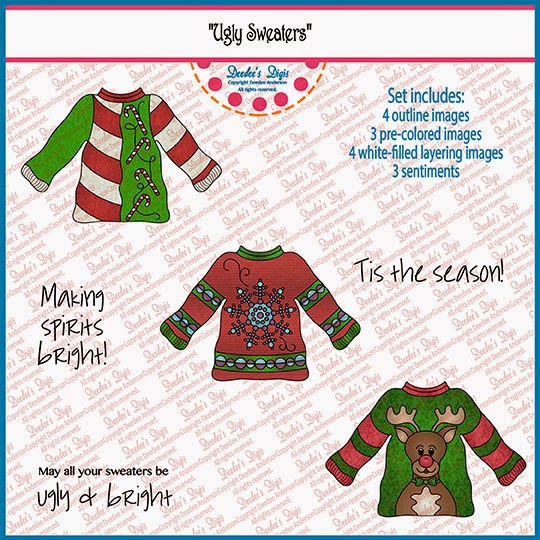 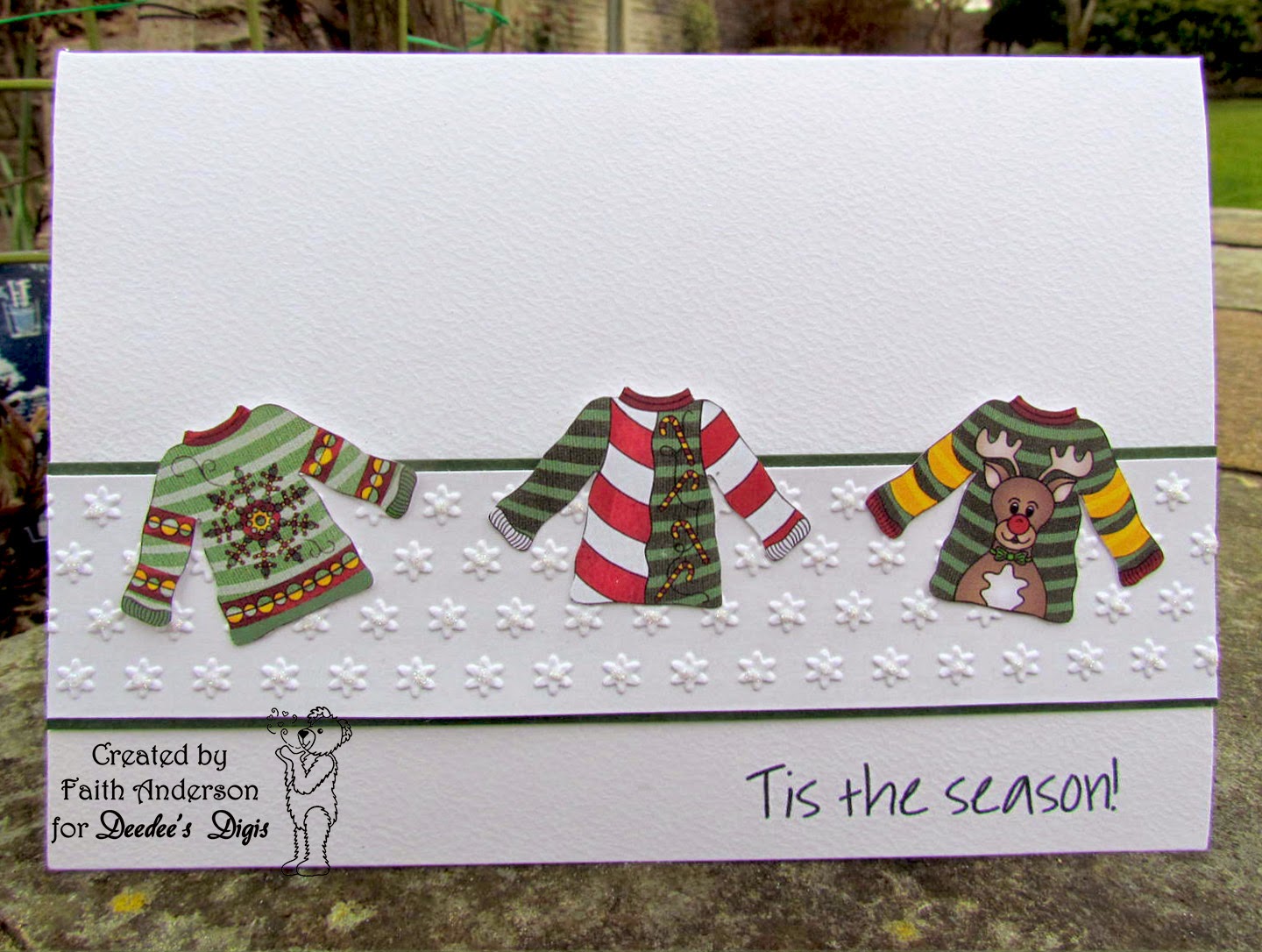 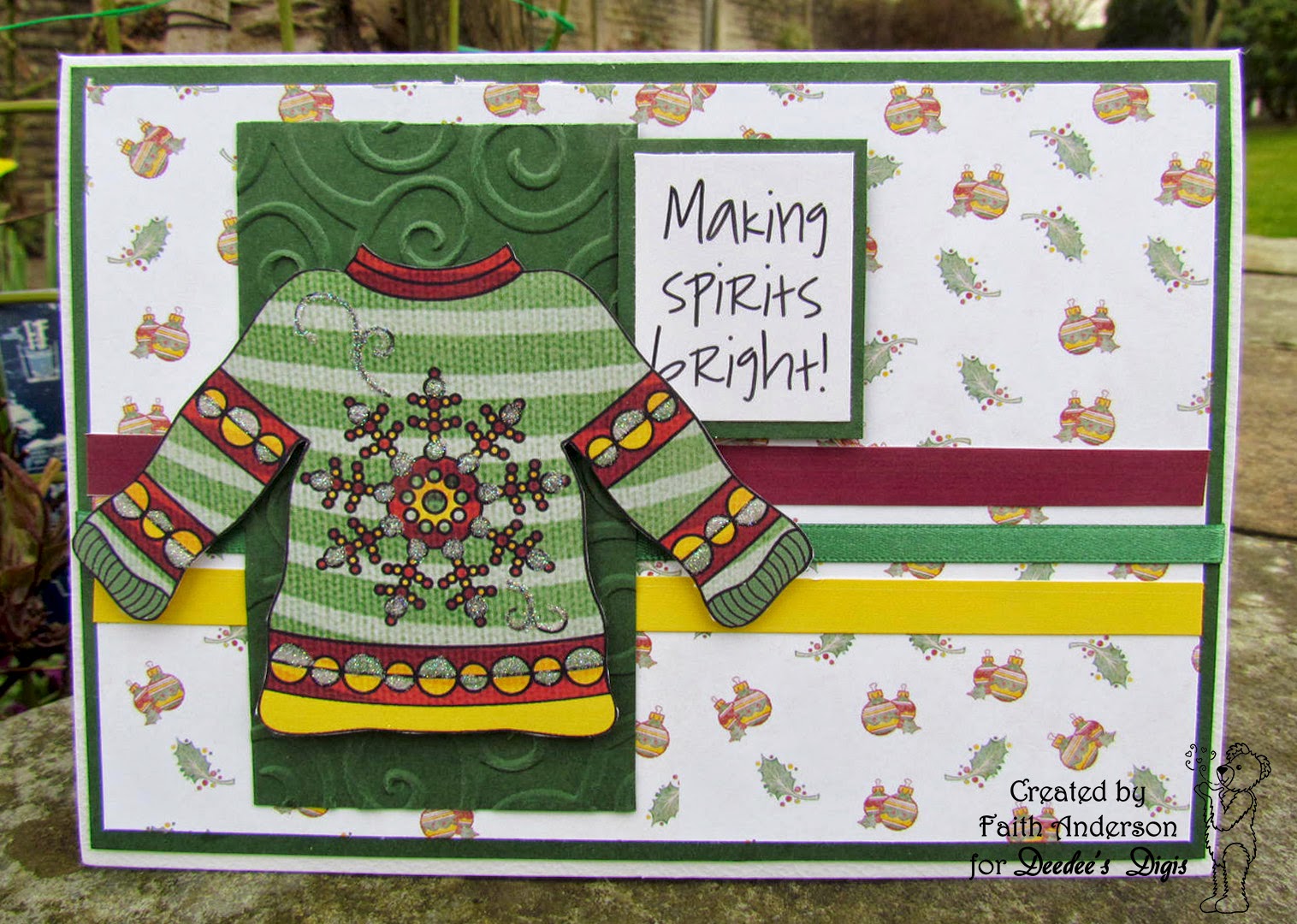 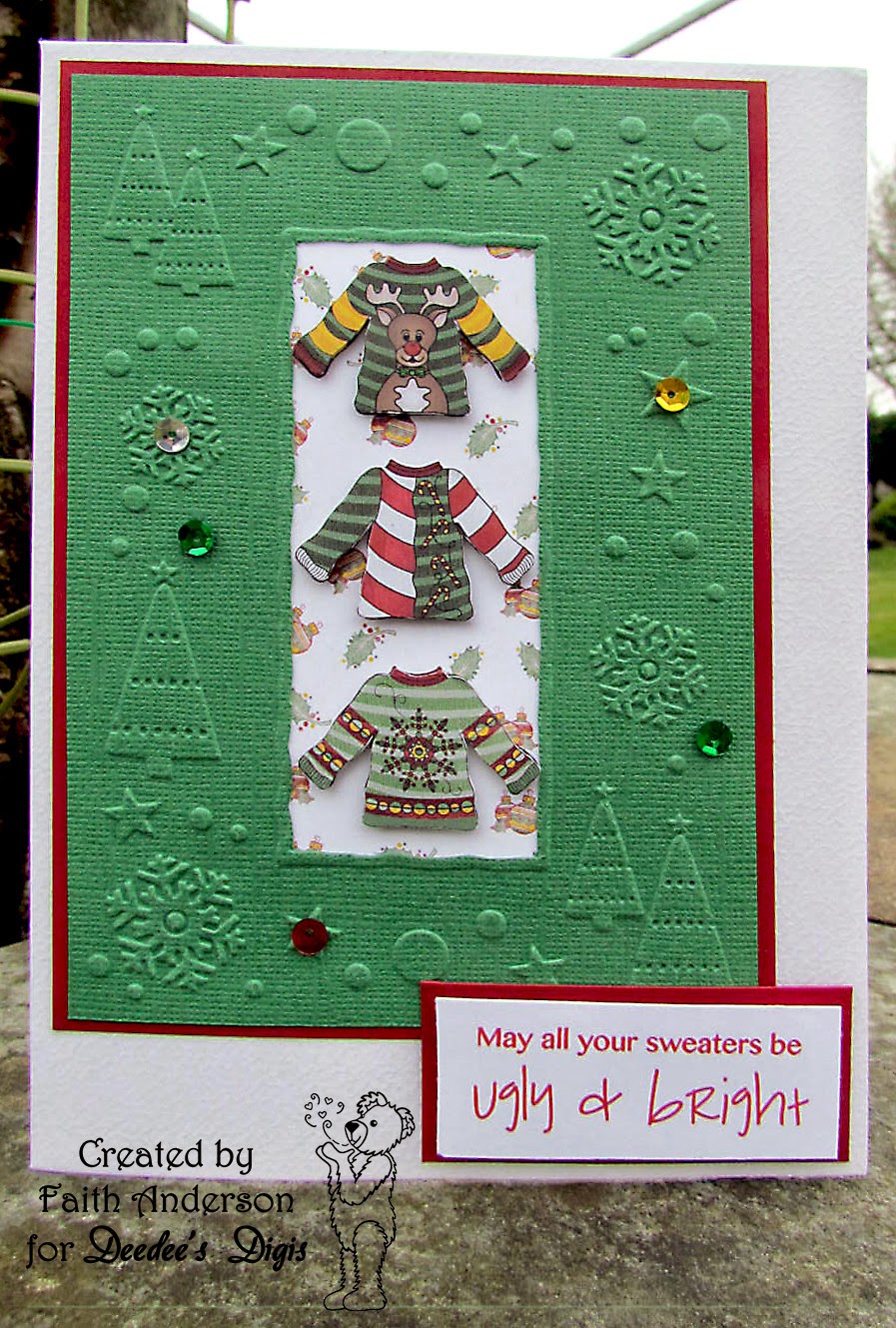 http://sirstampalotchallenge.blogspot.co.uk/2015/03/march-challenge-one-for-guys.html
Posted by Faith A at Daffodil Cards at 08:00

Love them all Faith,the second card is my fav though.
Hugs xx

All three look great Faith. I love the Rudolph sweater.

Hi Faith just catching up now we are back home:) I love the cards they are really fab!!! lots of huggles Sue xx

FABulous! I love the knit sweater effect. I read you directions but still trying to figure out how you did it. I'm not very good in PS and I really need to spend more time in it. Super job and 3 less cards to do for Christmas.

Delightful! Saw this earlier today at DeeDee's blog, but didn't have time to comment then. I LOVE what you've done with this design. And the embossing behind the sweaters makes me think "knit pattern". Right along with your PS effects. You've certainly aced this one & amazing work in PS. Great Job! TFS & Hugs

Oh my gosh Faith, these are so sweet! It almost makes me wish it would snow again, so I can pull back out my winter sweaters! I SAID ALMOST!!! haha. hugs :)

I think these sweaters are really cute!

HA HA HA! These are super fun! LOVE all the variety of "ugliness"! ;) Thanks for joining us at Great Impressions! HUGS! :) Mynn xx

What a perfect card for the Guys and our theme Faith.

Many thanks for joining in at Stamping Sensations challenge.

What a fun card. Love the sweaters. Thanks for playing at CCC this week.

Super fun!! Thanks for playing along in the CCC!!

These are each so fun! Love the colors and layouts of each. Thanks for joining us at Great Impressions!

How fun cards! Love those sweaters and pretty papers.Thank you for sharing your wonderful card with us at Stamping Sensation.
Eret x